Oscar Recap: The Best Moments from the 2015 Academy Awards 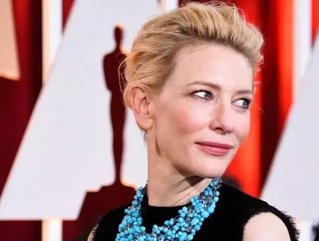 Although the two Oscar-nominated Aussies—sound mixer David Lee for Unbroken and visual effects artist Tim Crosbie for X-Men: Days of Future Past—went home empty handed, the 2015 Academy Awards were a great way to celebrate the art and craft that goes into making films.

Where Every Awards Show Starts: The Red Carpet

The Aussie women on the red carpet stunned—as they always do. Naomi Watts, a member of the cast of Birdman went a little against the trend of the night of simple templates and colours with a fun texture and patterned dress from Armani.

Cate Blanchett’s necklace was a trending topic during red carpet arrivals: the piece stood out perfectly against her black velvet John Galliano dress.

And the Winner is...

The Art of Acceptance Speeches

It was the night of poignant acceptance speeches. Graham Moore, winner of the Oscar for Best Adapted Screenplay for The Imitation Game, shared his struggles growing up and the message: “Stay weird. Stay different.”

J.K. Simmons invited everyone who was “lucky enough to have a parent or two alive on this planet,” to call them, citing family as his inspiration.

The Performance that Brought the Place to Tears

John Legend and Common’s “Glory,” from the Selma soundtrack won for Best Original Song, but their performance was so much bigger than the award.