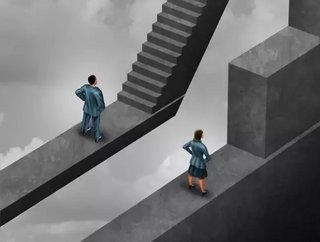 Just 18% of senior management teams in New Zealand are made up of women, markedly down from the 31% recorded in 2004, according to new research from Grant Thornton.

Globally, significantly more businesses surveyed (75% in 2018 compared to 66% in 2017) now have at least one woman on their senior management teams, but the proportion of the team that is female has slipped from 25% to 24%.

Grant Thornton International’s annual Women in Business report also says that 56% of businesses have no women in senior management roles.

Stacey Davies, Partner, Grant Thornton New Zealand, said: “In 2015 when the proportion of women in senior management roles dropped significantly from 31% to 19%, we hoped this was a “blip” and we would see positive change in the coming years.  We now have a four year average of 19% which suggests this is our new norm, and it’s really not good enough.”

The report also investigates the role of businesses’ policies in bringing about change.

The data shows gender equality policies are abundant and widespread throughout the country, with 80% of businesses surveyed adopting equal pay for men and women performing the same roles, and 78% implementing non-discrimination policies for recruitment.

However, the report concludes that no single policy appears to be driving gender diversity in boardrooms.

Davies added: “The tone has to be set from the top; leaders are the only ones who can really press for progress, and they can do this by actively championing the cause to create inclusive cultures where every individual has an equal opportunity to flourish.”