International Women’s Day: How can the gender gap be closed in business? 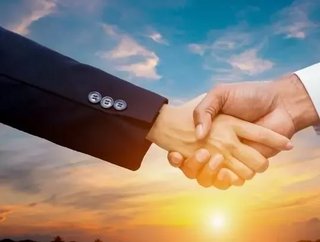 Wouldn’t it be great if we didn’t need International Women’s Day? The reality of course is, however, that women are still undervalued and we do need this day to use as a platform to celebrate and bring to attention the great things that women have achieved.

I’ve recently been reading a lot about the Underground Railroad, which was a network of secret routes in the USA during the mid-1800s used by African-American slaves to escape to ‘free’ states, such as Canada, with the aid of people sympathetic to their cause. What struck me when I was reading about this was that women from all different backgrounds helped other women – that amazing solidarity during a struggle for equal rights.

Nowadays, the struggle for equal rights is more subtle, but it’s still there no more obviously than in the workplace. But how can we close the professional gender gap?

This is not an easy question to answer. However, what I do know is that women should not try to be like men. We should be proud of our gender and recognize and celebrate our differences. But that doesn’t mean we are any less capable than our male counterparts.

Perhaps it’s about confidence. One of the marked differences I have noticed in my industry is the high level of self-confidence that men have compared to women. How much more comfortable they are in promoting themselves as the right person for the job, the best fit for a team.

How can we encourage women to put themselves forward, be clear about their achievements and promote themselves in the same way? And is that the answer? Or is it accepting that in order to find the best person for a certain role, you have to be patient as the two different styles of applicants make themselves known to you?

Maybe it’s not necessarily about finding answers, perhaps it’s more about raising questions, discussing and keeping communications open to ensure awareness is raised. At WorleyParsons, we are having lots of conversations around the importance of diversity and inclusiveness in our workplaces. I’m part of them and overhearing them, too.

Role models also play an important part. Women should look at how they can support other women in the workplace, especially those just starting out in their career, or fighting to retain their job progression as family circumstances change.

She’s an excellent role model not only for the LGBTI community, but for all women to have confidence to be the first to do something and hope it sets a pathway for others to follow more comfortably.

But what qualities does a modern female leader need? If I had to choose just three, I’d choose compassion, backbone and guts. I’m proud to say I have all three, and I hope to encourage and witness a new generation of women being proud to possess those qualities, too.

Marian McLean is the People and Assurance Group Managing Director at WorleyParsons and a member of the WorleyParsons Group Leadership Team.