A manifesto for leadership: Gen Grr versus Gen Zzz 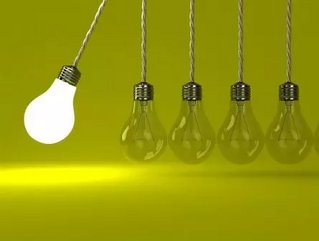 According to quarter-on-quarter figures for growth from the Office for National Statistics, we are finally pulling out of the recession. Times are undoubtedly still tough: people will continue to feel the pinch of the recession until growth in the economy catches up with the cost of living. But the all-important ‘green shoots’ of recovery are in evidence in many places: unemployment is down and output in most sectors is up.

Furthermore companies are once again starting to invest in leadership development, another signal that confidence in longer-term growth is returning. It is with this backdrop, with everything to gain, that we should consider how best to shape this new phase of growth.

Most businesses will tell you they’ve learnt lessons. Many have changed considerably since the crash of 2008: profits, budgets, people, processes and assets have all been affected, often leaving a business feeling and looking different (hopefully better) than before. One aspect of businesses that’s seen a huge change of tide is leadership.

Pre-recession, across almost all sectors, a style of leadership prevailed that I often refer to as ‘Generation Grr’. Big business exemplified it particularly well: larger-than-life leaders, aggressively confident and seemingly impregnable…until they fell from grace.

Think Fred Goodwin or Bob Diamond, to name but a couple. At one time they were considered inspiring, celebrated leaders. On the flip side, we now know this style of leadership often created a cohort of ‘yes-men’ around the leader, even engendering a bullying culture further down the chain.

In this culture, time and again I have seen valid viewpoints falling on deaf ears and therefore not being considered or acted upon. In hindsight, it is obvious why: business was booming, business success was attributed to the leaders, therefore the prevailing aggressive, go-getter leadership style was rewarded. A classic example of causation being mixed up with correlation.

Generation Grrr came a cropper when the recession bit hard. High profile examples of malpractice combined with a general sense that gung-ho leadership was uncalled for unless backed by solid evidence meant that a new style emerged. From 2008, a distinctly meeker leadership set entered the picture. Somewhat cowed by the crash, I sometimes refer to these leaders as ‘Generation Zzz’.

On the whole, they are quieter, more fearful operators. The best of the bunch are more considered and able to listen to multiple viewpoints from within the organisation. However, many Generation Zzz leaders seem incapable or afraid of questioning the status quo or effecting change.  When I talk to those surrounding them, I am struck by how Generation Zzz are leaders only in name: many don’t inspire, even fewer actually seem to lead. Further down the organisation, middle-management leaders who are typically younger or those just beginning to come up through the ranks are also meeker. Generally they seem fearful of losing jobs and are less willing to challenge or push back on instructions from above.

The importance of emotional intelligence

As the economy turns a corner, what type of boss will lead businesses out of recession? Both Generation Zzz and Generation Grrr have their advantages but they also both lack one thing: emotional intelligence.

Emotional Quotient (EQ) is sometimes used as a measure of emotional responsiveness: the ability to perceive, control and evaluate your own emotions and the emotions of those around you. EQ affects the way people throughout an organisation think and the decisions they make.  No matter how stratospheric your IQ, the need to be effective through the way you manage yourself and others is core to how you fare in life and business.

In my daily communications with organisations, increasingly there is a real sense of looking for an alternative business culture. When the conditions for past successes, and mistakes, are analysed, what people want to help promote better leadership is to be more inclusive of a variety of views, to support decision-makers / managers throughout the organisation and to better question priorities or goals that are set.

It’s no surprise that organisations are crying out for help in this regard: CIPD research reveals that 36 percent of line managers have not received any training for their leadership role. Nearly half of all organisations promote staff to managerial roles based on past performance rather than people management or leadership skills. What’s more, once managers are in place, nearly one third cite ‘other priorities’ as standing in the way of ensuring the interests of team members are supported.

Consider once again the three main calls for change in the management of companies and you will see that these skills rely on EQ but that they are closely aligned to the competencies that lead to growth of the core business, irrespective of sector. Firstly, finding ways to listen to a variety of views in an organisation is essential in promoting better understanding of what is actually happening and can lead to exciting discoveries, such as paths for new growth, or averting a ruinous decision. A well-known, if extreme, example of the importance of fostering this culture is the Asiana plane crash in July this year. It was revealed that co-pilots knew that the pilot was flying the plane too low, but his ‘growling’ manner put them off questioning his decisions until it was too late.

Secondly, supporting managers to encourage and listen to feedback they receive from the people they manage, analyse the demands on the business and make better decisions makes all kinds of sense. In a non-business context, we might call this characteristic ‘integrity’. In recognition of the need for it in business, the Lord Mayor of London in conjunction with the Institute of Business Ethics and the Chartered Institute of Securities and Investments, last year, launched an initiative in the City encouraging financial services institutions to train their managers and leaders in…can you guess…integrity.

Finally, the ability of staff to question priorities or goals is essential. If they do not feel able to, employees are summarised as ‘unmotivated’, ‘disenfranchised’ etc. Just look at the scores of examples where it recently failed, Fred Goodwin again being a good, or bad, example.

Successfully challenging the status quo is not just about building morale amongst managers. It could be the single most powerful tool to business development – or disaster prevention – that an organisation has. There is significant focus now on employee engagement and much of the latest research suggests that the relationship between an employee and their line manager is key to this. All good relationships are founded on trust and good communication.

Everyone will benefit when leaders learn to lead competently in an engaging way.

Nuala Forsey is Head of Leadership at QA - the UK’s largest training company- practicing within the area of professional development. She has close to 20 years experience in facilitating learning and development in organisations, often working personally with the Board.

She is currently finalising an MA in Human Resources Management, and also holds a Post Graduate Certificate in Emotional Education, and is a Master Practitioner of NLP.