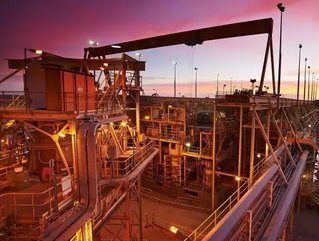 Named after the parallel of latitude that connects Perth and South Africa, South32 is a spinoff of BHP Billiton’s noncore assets (aluminum, coal, manganese, nickel, silver, lead and zinc). The Australian mining company aims to create a business that lives by its values, is socially and environmentally responsible and provides a better future for host communities.

We break down everyone you need to know from South32.

Since joining the company in 1994, Mr. Kerr has spent the majority of his mining career working for BHP Billiton. Mr. Kerr was appointed Chief Financial Officer in 2011 and has held various positions for BHP in Australia, Canada, South Africa, Angola and Mozambique.

Prior to being appointed CFO, Mr. Kerr was President of Diamonds and Specialty Products, responsible for the EKATI Diamond Mine in Canada, the Richards Bay Minerals Joint Venture in South Africa, diamonds exploration in Angola, the Corridor Sands Project in Mozambique and the Development of BHP Billiton’s potash portfolio in Canada.

Although Ricus Grimbeek joined BHP Billiton in 1992 as a Mining Engineer in training, he has enjoyed success in numerous positions within and outside the company. His roles include Executive Vice President Mining for Lonmin Platinum, Head of Group HSEC and President and Chief Operating Officer of the EKATI Diamond Mine in Canada. Mr. Grimbeek holds a Mining Engineering degree from the University of Pretoria and Advanced Certificate in Mine Ventilation from the Chamber of Mines.

Similar to his colleagues, Mike Fraser has spent the majority of his career with BHP Billiton—joining the company in 2000 as Head of Compensation and Benefits, before being appointed President, Human Resources and a member of the Group Management Committee in 2013. Mr. Fraser has held various roles in BHP Billiton’s Coal, Manganese and Aluminium businesses in a number of regions around the world. Mr. Fraser holds a Master of Business Leadership and a Bachelor of Commerce from the University of South Africa.

Nicole Duncan joined BHP in 2000 and was appointed Vice President, Company Secretariat in 2013. Her previous roles include various legal and commercial roles within BHP Billiton such as Vice President, Supply, Group Information Management and Senior Manager, Group Legal. Prior to joining BHP Billiton, Duncan was a lawyer at Ashurst in Melbourne. Ms. Duncan holds a degree in Law and an Honors degree in History from the Australian National University.

Dale Calhoun was appointed Chief People Officer of South32 in March 2015 and is responsible for Human Resources, Corporate Affairs and Community Relations and Sustainability. Prior to South 32, Ms. Calhoun spent the majority of her career in human resources, working in a number of industries and organization, including Fortescue Metals Group, lluka Resources, Southcorp, Boral and George Weston Foods. Ms. Calhoun has a Bachelor of Commerce from the University of Melbourne and holds a Graduate Diploma in Industrial Relations from the Royal Melbourne Institute of Technology.

Since joining BHP Billiton in 1992, Mr. Harvey has spent the majority of his career in broad operational activities across the Group. As Chief Transformation Officer, Mr. Harvey is responsible for supporting the Executive Committee for South32.