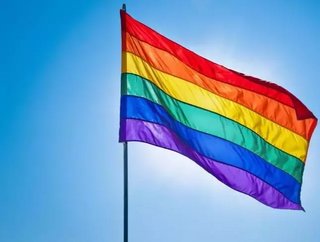 Recent rulings that have allowed same-sex marriage in Ireland and the United States are leading to pressure in Australia to change its stance on the issue.

Despite several companies around the country showing its support of gay marriage, including Qantas, Westpac, ANZ, St George, PwC among others, Australia is still the only developed English-speaking country that hasn’t legalised gay marriage.

However, recent studies have revealed support of same-sex marriage has picked up across the country since Ireland recently endorsed it. Many believe the ruling in the U.S. will also help increase momentum to make the change, and it could also help boost the Aussie economy as well.

Crosby/Textor, one of Australia’s leading research companies released a survey of 1000 Aussies and their view on marriage equality, and 72 per cent in fact are in support of it.

With an estimated 18,000 same-sex couples waiting to get married in Australia, the wedding industry including hotels, caterers, photographers, jewelers and florists could each see more business come its way. In fact, the average Aussie wedding cost about $35,000.

Qantas, who’s CEO Alan Joyce is openly gay, has been ahead of the rest of the country for years with providing benefits for same-sex partners, as he believes a happy workforce is good for productivity.

This was reinforced in the open letter several of the top companies wrote to urge the government to consider the economic benefits of making the change. One of those is that having equal rights for all helps with the ability to attract the top talent from around the world.

“We know that gay and lesbian people are out and open in very senior levels in a number of corporations across the world,” said Alex Greenwhich, an openly gay member of the New South Wales parliament. “A lot of them are now saying, ‘Why do we want to go to a country where we’ll be treated as a second-class citizen?’”

Two years ago, New Zealand became the first country in the Asia-Pacific region to legalise same-sex marriage. But although there is still Aussie resistance from its federal leadership, there are now laws in place that recognise same-sex unions in NSW, Tasmania, Queensland, Victoria and the Australian Capital Territory.

But just last month, the Catholic Church sent letters to some of the nation’s top companies expressing its “grave concerns” over public statements to make same-sex marriage legal. The church’s leaders believe the public backing was designed to put pressure on the Federal Government to change the Marriage Act, and the companies were overstepping their boundaries in the process.

So even though our religious leaders and top government officials are stubborn when it comes to making the change, we’ll probably continue to see a slow shift in the new way of thinking.