Keys to innovative leadership in the digital age 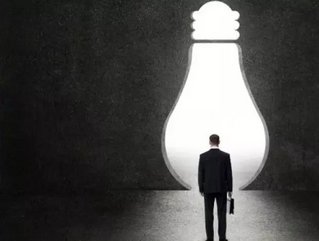 Australia has found itself lagging behind most of the world when it comes to innovation. As CIO reported last month, Australia was labeled as a “stall out” nation, meaning it has reached a high level of evolution in past years, but is now losing momentum and beginning to fall behind.

In the second installation of its three-part series, CIO dove into the reasons leadership is still the main element of making real change when it comes to Australian business. Below are four keys to innovative leadership in the digital age.

This comes with several different challenges, as a previous study by Capgemini discovered that it is important that executives and senior management begin a top-down approach to innovation that includes a well-planned strategy and supervision. However, despite the top-down structure, there should also be a bottom-up approach so lower-level employees can share fresh ideas and give observations. The study discovered most companies don’t have a specific strategy to improve innovation. “At the start of the digital revolution, we saw technology being used mainly for productivity improvements,” said CIO for the Reserve Bank Australia (RBA), Sarv Girn. “Now through the application of digital technologies, entire business models are being changed.” Some of these types of companies include Uber and Air BNB, as both are changing their respective industries without owning anything.

Girn doesn’t believe innovation is only about who you work for, but also about who you work with. He encourages collaboration not in just your own organisation, but throughout your industry. “Many organisations that have prospered in the digital age have had a strong approach to engagement across their industry,” Girn said.  As tech behemoths such as Apple designs its own devices, it still needs an integration of suppliers to create and get the product out onto the market. Some companies confer with digital consultants for new insights, while others give external developers a platform to create new innovative strategies to doing business.

RELATED TOPIC: Digital Marketing: 4 Key Things Australian Businesses Can Do To Catch Up

With a lot more young, technologically savvy people entering the workforce, it’s usually your own employees who have the best ideas. Building a culture that gives your staff a chance to present ideas to help the company’s success is often the best route. One way to do this is by devoting time to just generating ideas and giving feedback, as it can often lead to a more motivated and engaged workforce. “If you’re going to bring people into your organisation, let them flourish and let them make mistakes,” said Fergus Watts, digital consultant and CEO of Bastion Group. “Your people should be given an opportunity to truly grow and be challenged.”

While having courage doesn’t mean being foolish or reckless, it’s something business leaders must have if they want to stay competitive with the revolving world around them. You need to be able to distinguish which projects have value, then have the courage to implement them. If traditional leaders are scared of new technology or don’t fully understand its results, the change needed in leadership becomes much clearer. While leadership in the digital age has similar qualities of traditional leaders, the position the world is in today requires that you take some a few more risks than you have in the past.