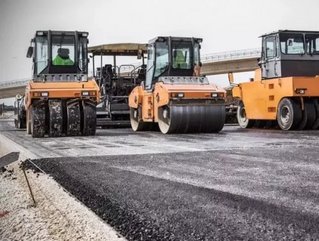 China Communications Construction Company will be the first Chinese company of its size to come operate in Australia. The state-owned company, which ranks as the fourth largest construction group in the world and has a market capitalization of $23.5 billion, bought John Holland, a subsidiary of Leighton Holdings, for $1.15 billion. CCCC specializes in large transport projects, with focuses on bridges, ports and high-speed rail networks.

Lu Jianzhong, president of CCCI, cites significant growth opportunities in the Australian market, including for billions of dollars to be invested in new road and rail projects as one of the main reasons for the acquisition.

"From our perspective, ownership of John Holland is the optimal way for CCCC to participate in this dynamic market as part of our aim to be a global transportation infrastructure business," shared Lu.

"The divestment of John Holland supports our focus on further reducing gearing and strengthening our balance sheet so we can be sustainably competitive," Fernandez Verdes said. "Proceeds will be used to finance future growth, particularly in PPPs."

Leighton has recently been doing some rearranging—the company acquired Spanish construction group ACS, which is another of the world’s largest construction companies, earlier this year. The sale of John Holland follows the free trade agreement which Australia reached with China in November after the G20 Conference in Brisbane. Around 4,000 employees at John Holland will become employees of CCCC International Holding Limited, a subsidiary of CCCC.