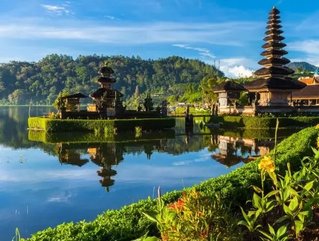 According to the Jakarta Post, the Indonesian government is making efforts to attract more tourists from India.

Indonesia plans to target those tourists who traditionally visit Malaysia and Singapore instead, due to the limited number of direct flights between India and Indonesia.

This comes at a time of increasing Indian air travel in India. According to information from the International Air Transport Association, India’s domestic air traffic rose 17.9% in January compared to a year earlier.

In addition, Australia has seen a rise in tourism from India, with around 302,900 visitors arriving last year, marking a 15% rise from 2016.

The increase comes as overall income in the country rises and a variety of more affordable flights are on offer. It is thought India will become the third biggest market for aviation in the world, following China and the US.

In 2016 around 100mn domestic passengers passed through India’s airports, and in November 2017, Mumbai airport boke the world record for the most flights handled by a single operating runway – 969 within 24 hours.

Around 97% of India’s population have never been on a plane, meaning that low penetration may help aviation businesses tap into this emerging market, provided they offer a more affordable variety.

Indonesia therefore is likely to be successful in cashing in on Indian tourism, and the government has stated it aims to welcome a total of 18mn tourists this year. Of this, it is hoped 700,000 will come from India, an increase from last year’s 485,000.

The marketing deputy for Indonesia’s Tourism Ministry, Nia Niscaya, said: “The target of 700,000 [Indian] tourists cannot be reached only through direct flights. We have to work with others or use Malaysia and Singapore as hubs.”