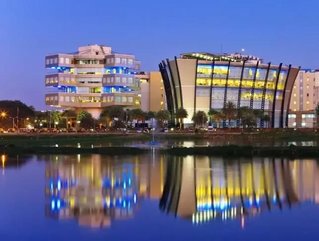 Indian real estate platform NoBroker has announced the raising of $50mn via a series D funding round.

As reported on Livemint, CEO Amit Kumar said: “The current funding will help us provide the service to more customers across the country and accelerate our deal closure growth. We will continue to add value across the user journey with continuous refinement of our home store and financial services products.”

Allowing for the buying and renting of properties, the company’s aim, as the name might suggest, is to cut out the middle man. The company’s website has over 3mn properties registered, with 7mn people having utilised its services. 75,000 new properties are listed on its website monthly.

CTO Akhil Gupta commented on the technology the company uses. “We are using machine learning and AI to make transactions faster and lowcost, and also bringing technology to financial transactions involved in real estate,” he said.

Adopting a customer to customer approach, the company began with residential rental properties, but has now expanded to purchase and commercial locations. Monetisation stems from a freemium subscription model that integrates different parts of the moving process, such as documentation and packing.

The company, which was founded in 2014, has recently expanded to Hyderabad, bringing the number of cities in which it operates to six. Other locations include Mumbai, Bangalore, in which the company is based, Pune, Chennai and Gurgaon.

According to Crunchbase, the round was led by New York based investment firm Tiger Global Management, and also featured General Atlantic of the same location. Total funding is now at $121mn, spread over six rounds.