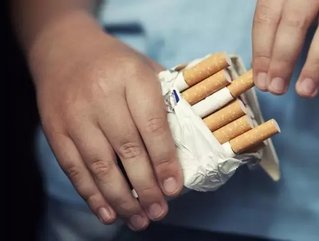 India’s Health Ministry has sent a letter asking state governments to help prevent the exposure of children and non-tobacco consumers to tobacco products.

It has asked the government to develop a mechanism whereby shops require permission from municipal authorities to sell tobacco products.

It has also asked states to ban the sale of non-tobacco consumer goods, mainly soft drinks, snacks and confectionary, in tobacconists and paan shops.

Indeed names top companies to work for in India

Paan is a combination of betel lead and areca nut which is sometimes mixed with tobacco to be chewed, it is commonly in many Asian countries and may be consumed with or without tobacco.

Currently the sale of confectionary, biscuits and snacks make up about 15-25% of sales in Indian paan shops.

There are 2.5mn tobacco and paan stores in India which is about a quarter of the country’s total number of shops. These stores contribute to about 8% of the FMCG (fast-moving consumer goods) industry.

In 2003, the Indian Parliament passed the Cigarettes and Other Tobacco Products Act 2003, which made it illegal to smoke in public place, advertise, promote or sponsor tobacco products, or sell tobacco products to minors and within 100m of educational institutions.

This move is hoped to further prevent children being exposed to advertising of tobacco products, but will also cause damage to the FCGM industry according to many critics.

Arun Mumar Jha, economic advisor to the Ministry of Health and Family Welfare, stated “It will be appropriate to develop a mechanism to provide permission or authorisation through Municipal Authority to the retail shops who are selling tobacco products.”

He added that it would be appropriate to ensure tobacconists cannot sell “any non-tobacco products such as toffees, candies, chips, biscuits, soft drinks... which are essentially meant for non-users, especially children.”