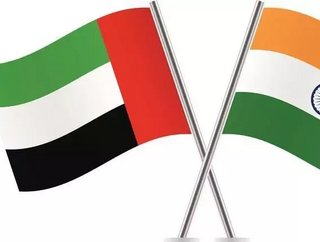 Today, the relationship between India and UAE has evolved into a strong partnership in the economic and commercial sphere, further strengthening  cultural and traditional bonds. The UAE is emerging as one of the largest investors in India in terms of FDI, contributing significantly to India's Energy Security.

Next week, the Institute Of Directors (IOD), India is organizing the annual ‘Dubai Global Convention 2017’ on 18-20 April 2017, at Hotel The Grand Hyatt Hotel in Dubai. The theme of this year's convention is "Driving Performance Excellence through Disruptive Innovation and Visionary Leadership". The Golden Peacock Awards for Quality, Business Excellence, Training & Innovative Product / Service and Leadership will also be presented during the Convention.

This convention is being organized under the patronage of His Highness Sheikh Nahyan bin Mubarak Al Nahyan, Cabinet Member and Minister of Culture and Knowledge Development, Govt. of UAE has kindly accepted to inaugurate and deliver the Chief Guest Keynote Address.

This has been observed, the recent visits of our Hon'ble Prime Minister Mr Narendra Modi to UAE in August 2015 and His Highness Sheikh Mohamed bin Zayed Al Nahyan, Crown Prince of Abu Dhabi to India in February 2016 and subsequently as the Chief Guest at the India's Republic Day Celebrations, during January 2017, have evolved the relationship into a comprehensive strategic partnership.

Institute Of Directors, India is committed to its endeavour of building boards of the future. IOD's Boardroom Development agenda has traversed through the years, culminating in extended dialogues and deliberations, year round and across geographies.

Like previous years, the Convention will be attended by a large number of Industry heads from the world, Ministerial and Secretarial representation from India and the important ceremonies will be graced by members of the Royal family and VIP guests from the UAE. Dr Tayeb Kamali, Chairman UAE Chapter, IOD, India and Director General-Education Training Development, Ministry of Interior, Govt of UAE is the Convenor of the Global Convention.

Over 350 Businesses have already confirmed their participation. Further details are on www.iodglobal.com