IG Group: five predictions for the future of trading 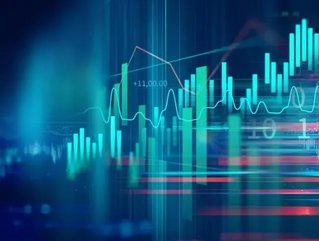 13 financial writers and analysts from IG submitted predictions describing what trading technology might look like in the year 2069.

The results have been combined with insights from cutting-edge research to produce ‘A time traveller’s guide to the future of trading’.

• Explore the financial tech of the future, as predicted by IG’s analysts and financial writers

• Discover technologies with the power to shape the future of trading, including brain-machine interfaces, blockchain, AI assistants and pocket-sized quantum computers

Here are IG’s top five predictions for the future of trading:

1. Trading will be powered by thought

• Traders of the future could control trading platforms with their minds, opening or closing positions in around 0.1 seconds – about as fast as humans can react.

• The US military is currently investing millions to develop neural implants – could these be used to develop trading too?

• Research conducted by Frontiers in Systems Neuroscience has shown the feasibility of controlling software applications via brainwaves. Participants can already communicate on a basic level using just their thoughts.

• Traders may use hardware to control their emotions. Logic and self-control would be strengthened, and emotions associated with poor choices would be inhibited.

• Trading platforms may be able to detect when fear or greed are influencing a trader, taking action to close positions or lock an account to prevent them from taking unnecessary risks.

• Research presented at the recent ‘Neuromodulation of Neural Microcircuits’ (NM2) conference has made it clear that neuroscience is moving beyond clinical applications, with neural implants proposed as a solution to enhance mood and emotions.

3. Pocket-sized big data, accessible to all

• Industry experts such as the Boston Consulting Group have predicted that efficient and useable quantum computers, or quants, are a practical possibility by 2040.

• Academic institutions like the Massachusetts Institute of Technology (MIT), Yale and Oxford University are currently involved in the development of quants.

4. Thousands of ways to trade, with specialised trading environments

• People will have access to a range of trading environments, enabling them to choose how they want to trade. They could work as part of a team or go head to head.

• Cryptocurrency networks – including Ethereum, NEO and EOS – already power smart contracts and decentralised apps, suggesting that it’s only a matter of time before we see the development of specialised trading environments.

Mobile phones will give access to professional trading setups.

• 3D volumetric interfaces will make it possible for traders to launch their own, personalised trading floors, anywhere.

• Trading is not a one-size-fits-all experience. There’s scope for the traders of the future to build their own workspaces using augmented reality, which will enable them to monitor more markets and view hundreds of trades at the same time.

• We’re already well on the way to creating volumetric interfaces - researchers in Japan have been developing reactive holograms since 2015. They use high-frequency laser pulses and respond to human touch.

13 of IG’s financial writers and analysts took a survey in which they submitted predictions describing what trading technology might look like in 2069.

In the first instance, respondents were asked to give their general assessments of possible developments in trading technology over the next 50 years.

Our writers and analysts voted for the predictions which they thought were the most plausible based on their in-depth industry knowledge, with the most popular ideas being written up as articles.