How to handle the challenge of storing big data 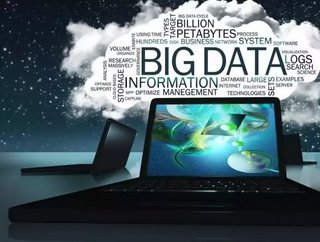 Companies are now coming to terms with the fact that data generated for and by their company is both physically large and large in value. With plenty of intelligence, information and insight stored within, it must be handled carefully to reach its full potential.

By definition, big data is, well, big. With so much of it entering your company at a rapid pace, many executives don’t know what’s important and what isn’t.

Storing big data can be complicated and problematic for Australian and New Zealand companies.  According to a recent study by NetApp and Tech Research Asia, four in 10 CIOs and six in 10 CxOs are unable to quantifiably say how much data their organisation holds.

For example, Australian and New Zealand cloud accounting firm Xero currently manages 760 Terabytes (TB) of data, which grows at a rate of 60 per cent per annum. This is far too much to just simply dump into a server.

RELATED TOPIC: 3 ways your business can improve its cloud safety

Since its potential rewards are so significant, big data storage must be handled cautiously.

“The research tells us that, on average, ANZ organisations perceive an improvement of anywhere between 18 per cent and 32 per cent in a range of financial metrics and operational activities by using data more effectively,” said managing director of NetApp ANZ Steve Manley.

RELATED TOPIC: Has the Finance Sector Caught Up With Big Data?

But it’s not just commercial businesses that have to deal with increasing weight of big data. Increasing volumes of big data have slowed productivity for both the central and local government as well.

In the eyes of Doug Williams, director of information management at Dell Software of Asia-Pacific, several ANZ companies have been struggling with big data.

“When it comes to storage, the biggest challenge is the fact that they have to manage all of the data,” said Williams. “For customers, there might be the perception that the speed or the volume or the complexity, or even the usability, is by itself a challenge. But all of them combined is really what’s new to organisations. They’re not used to having to juggle all four of those things at the same time. It’s all happening at once.”