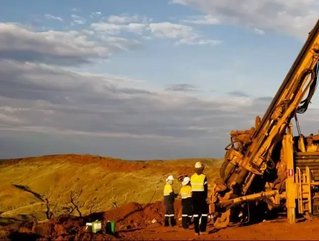 In an agreement that will create Australia’s first-ever Aboriginal owned and operated iron ore mine, Fortescue Metals Group has come to terms on an Iron Ore Sale and Purchase Agreement with Perth-based Australian Aboriginal Mining Corporation.

The five-year deal between FMG and AAMC allows the indigenous-owned company to transport up to two million tonnes of iron ore annually from its Pilbara mining operation using Fortescue’s prestigious port or rail facilities. In turn, Fortescue can then either purchase the iron ore or sell it on behalf of AAMC.

“This is a great outcome for both AAMC and Fortescue, a fantastic result for our shareholders and an important step for the continued advancement of Aboriginal peoples in the Pilbara that will now see them sharing in the wealth that is generated on their traditional lands," said AAMC chairman Daniel Tucker.

With a workforce comprised of about 13 per cent Aboriginal, Fortescue’s Billion Opportunities program has allocated over $1.8 billion in contract value to Aboriginal businesses and joint ventures. This week, FMG set an ambitious goal of having 20 per cent of it trades positions filled by Aboriginal workers.

Fortescue took a step toward increasing the number of qualified Aboriginal people in its workforce after launching an innovated apprentice program called “Trade Up.” The program expected to begin next month will be among the first in the industry in both size and potential impact.

“Trade Up” will take up to 40 employees from the company’s workforce each year. Participants will have to complete a 12-month traineeship before having the chance to become full-time apprentices.

The apprenticeship will build upon Fortescue’s Vocational Training & Employment Centres (VTEC) program, which is geared toward providing training with guaranteed employment. FMG’s VTEC model has also recently been adopted by the federal government.

In all, nine separate organisations are currently running VTEC programs in Western Australia and have contracts to deliver 1,575 indigenous jobs by the conclusion of this year.

Fortescue believes its approach will lead to overall social and economic prosperity in the communities it operates in by delivering realistic outcomes for Aboriginal people. Last year, FMG reached an agreement with WA Department of Corrective Services to allow low-risk prisoners from the Roebourne Prison to take training courses to assure them of a job once released.