How Did The Fairfax Media and Huffington Post Partnership Drive Out Gina Rinehart? 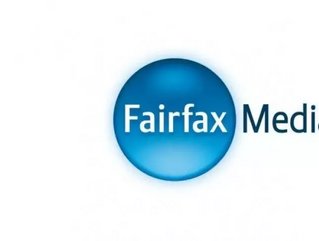 The successful US website, co-founded by Arianna Huffington, is said to launch with the help of partner Fairfax Media in the second quarter of 2015. The move had been anticipated since 2011 and was supposed to occur in the first quarter of 2015, but efforts to launch in the Asia Pacific ramped up after rivals BuzzFeed and Daily Mail set up shop in the region in the past 18 months.

The exact roll of Fairfax Media has yet to be determined or released by the Huffington Post, but it is assumed that Australia’s leading media company will be providing back end and sales support for the website.

“It’s not only a milestone in HuffPost’s global expansion—we are now in 14 countries, on six continents—but a tremendous opportunity to expand our global conversation,” said editor-in-chief Huffington in a press release.

“Fairfax’s independent values, proud journalistic heritage and digital expertise make them the perfect partner as we pursue our shared mission of telling Australia’s most important stories and providing a platform for Australians to tell their stories.”

“Australia is the third largest digital ad market in Asia, and has the third highest rate of social media penetration in the world,” said Huffington Post CEO Jimmy Maymann. “ At the same time its shift to digital news consumption is still in relatively early stages, with digital media readership continuing to grow at 11 per cent annually and still ​only 50 per cent of all ​readers regularly ​consuming news online.

“The combination of these characteristics makes Australia a very exciting destination for our latest Huffington Post edition.”

The partnership has been a welcome boost for the media giant, which wants to diversify its revenue streams. Although the company is excited about the opportunity, one stakeholder was not. Gina Rinehart, mining magnate, sold her 14.9 percent state in the company this past Friday, unhappy with Fairfax’s move to diversify. In a statement explaining the move by Hancock Prospecting, Rinehart’s company, shared what kind of faith Rinehart had in Fairfax.

“We have come to the conclusion that the senior leadership of Fairfax Media has no workable plan to revitalise the company and address the declining business and circulation numbers.”

Despite the setback, Fairfax’s CEO Greg Hywood, expressed his excitement about the partnership.

“We’re delighted to be partnering with leading global digital news and opinion website, The Huffington Post, to launch an Australian edition. HuffPost Australia will be part of Fairfax’s expanding portfolio of digital assets – providing great journalism and content to audiences, and valuable connections to those audiences for advertisers. We look forward to working closely with The Huffington Post to build the brand and bring its digital media innovation to Australia.”