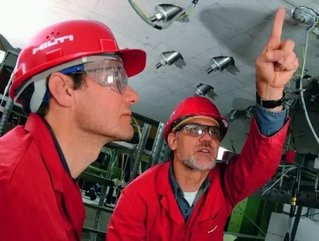 Company culture has been a big industry buzzword over the past 12 months, with many leaders heavily investing both internally and externally to develop a certain set of business values and employee behaviours. But whether the objective is to initiate new company standards, or simply to evolve the current frameworks to meet new market needs, one of the biggest mistakes made is to assume that a new culture can only come from an injection of new talent.

As the managing director of global powertool designer and manufacturer Hilti Australia and by leading the business to be named an Aon Hewitt Best Employer for four consecutive years, I’ve found that a business culture generally stems from upper level management or the business owner. Subsequently, a culture can only be changed when the initiative is led by a representative in a similar position of power and influence. The aim is to make changes that lead to a difference in the way employees behave, and if these behaviours produce better results, then they become the new company norm or culture.

Before embarking on any company-wide change, it is imperative to have the frameworks in place and the vision aligned, so that once the culture initiative has been rolled out, it has the foundations in place to become a long-term project, opposed to a month-long hype.

Cultural change works best when it’s based on a mission statement or organisational values, such as Hilti’s promise of “integrity, teamwork, commitment and courage to embrace change.” Once you’ve identified a common business goal or core purpose, it’s important to encourage employees to unite and work towards achieving this, although it’s a process that won’t happen overnight.

The next step is to identify the gap between the company’s ideals and its current internal behaviours, and use a 360 feedback program to encourage employees to reflect on their own performance. This feedback can also be used as a tool to educate staff on how their work affects the bigger business picture.

To really start a cultural change, the business’s senior leadership team must practise these new behaviours, as any sort of company advancement must be led by example. Although it’s important to have the right staff in place to lead as change ambassadors, it’s just as important to take advantage of the skills and opinions of the employees who are already part of the business. Instead of going through the process of hiring ‘fresh blood’, which is an investment of both time and money, consider up-skilling staff to own the culture initiative.

After the initial roll-out, the channels of communication between all levels of the business should be opened up to ensure that there is complete clarity around the cultural expectations. Staff buy-in is also essential to successfully launching this, so use the business’ current reward and recognition program to leverage the initiative by incorporating culturally-related KPIs or objectives.

Recruiting new staff is never a first point-of-call solution to a business problem and should only be used after a range of alternative methods have been implemented into the business to no avail. And unless there is support from the rest of the business, It is an expensive process, even after investing the time and money to find new staff to lead a culture change.

Jan Pacas is the Managing Director of Hilti Australia, which is renowned for its high quality products in supplying power tools and fastening technology. Operating in 120 countries, Hilti Australia employs 300 staff and has a company culture based on the following four values - integrity, teamwork, commitment and courage to embrace change.