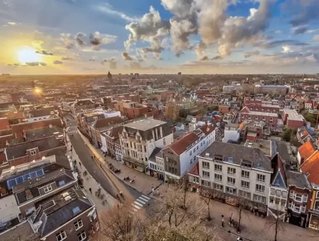 The park has the capacity to generate enough power to supply 3,500 households annually, consisting of 81,000 solar modules and representing one of the largest parks of its kind in the country.

"The Roodehaan solar park is a landmark project that resembles the success of Hanergy's solar development strategy in the Netherlands,” said Ming Li, CEO of Hanergy Thin Film Power Europe, in the firm’s press release.

“Hanergy takes great pride in having co-developed and supplied its Solibro modules to this project in close cooperation with its Dutch project partners."

Zhang Guosheng, Economic and Trade Councillor of the Chinese Embassy, added: "Roodehaan solar project illustrates the key role that China and Chinese companies play in the renewable energy transition in the Netherlands and the rest of Europe."