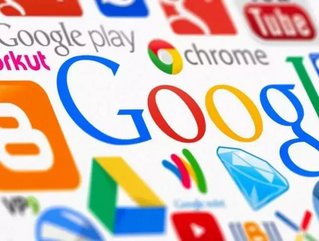 It appears Google Australia has begun investing in the country’s future—it’s children.

RELATED TOPIC: A Case for R&D Departments: How Failures Like Google Glass Can Still Be Wins

It’s a move is expected to develop career programs and hands-on training; specifically for girls, indigenous Australians and underprivileged students.

The three non-profit organisations have started programs that intend to improve the lives of 10,000 Aussie children from lower-class backgrounds to pursue careers in STEM.

The funding received from Google will help AIME develop and incorporate STEM into school curriculum for indigenous students in an attempt to teach 4000 by 2018.

FIRST Robotics Australia plans to bring its FIRST LEGO League and FIRST Robotics programs into 150 new schools across the country and Engineers Without Borders Australia will expand its training to 5000 students, with a focus on females.

When compared to several other countries with similar economies, Australia ranks well behind in science and innovation in a report by the Office of the Chief Scientist.

For years these educational fields have been looked upon as significant to the nation’s future, and increased training would be a great boost.

Google, which employs over 600 engineers in Australia, says the donation is intended to expand the existing program’s geographic reach while connecting young Aussie engineers to youth, school and community groups throughout regional Australia.

The majority of the funds will go toward assisting the orgainsation to reach 6500 children, 1400 parents and 500 teachers in 38 different locations across the nation.

According to a report from Graduate Careers Australia, only 15 per cent of Australia’s computer science graduates are female, while indigenous students are two and a half years behind their peers in both match and science literacy.

In addition, the Aussie government’s investment in research and development has dipped to its lowest mark in 30 years. Google Australia’s head of engineering Alan Noble believes the country isn’t grooming enough graduates in technical fields to ensure a bright future.

“There has been a 36 per cent decline in the number of students undertaking computer science degrees between 2001 and 2013, and today there are only 12,000 graduates every year,” said Noble. “Overall enrolments in STEM degrees are flat.”

It’s time to put an end to that.