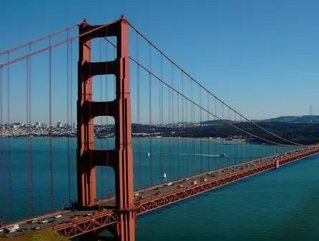 What does it take to make it in America?

This is a question that has gained momentum as more and more Australian entrepreneurs venture across the Pacific to launch their business ideas in the US. In particular, many of these businessmen and women are building their ventures in the Golden State – California – whose nickname is continuously defended as its rich economy swells with newly hatched business ventures between the Bay Area and Southern California.

This topic was discussed in depth at a January event called ‘Digital Down Under.’ As part of Australia Week, the Los Angeles-based event brought together a panel of successful entrepreneurs to talk about their own experiences with digital technology and appealing their companies to different markets. Hosted by Austrade, the discussion reinstated the importance of networking between the US and Australian businesses.

“We encourage companies that want to be in the market to set up an office here [in the US],” said Austrade’s Post Manager and Senior Trade & Investment Director Tony George in a 2011 interview with the Sydney Morning Herald. “Ultimately we want successful Australian businesses selling their services in the US market, so that dollars pour back into the Australian economy.”

Considering the sheer difference in population size between Australia (just over 22 million people) and the state of California itself (approximately 37 million), Australia’s size makes it an excellent ‘test market’. “Australia is currently blessed by a strong economy and benefits from a great adoption rate of all things digital,” said Pierre Sauvignon, Product Director at Sydney-based incubator Pollenizer. “Its isolation is sometimes an advantage, allowing [experimentation] on a small scale without the lures of a busier and often crazier market like the Silicon Valley.

“The main downside is that reaching 100,000 users in Australia is a pretty big milestone,” Mr Sauvignon continued. “Similar figures are easier to achieve in the Valley.”

Since 2008, Pollenizer has helped launch more than 100 web businesses including group buying website Spreets (which was bought by Yahoo7 last January) and 99dresses.com (whose founder was chosen for an incubator program hosted by Silicon Valley’s YCombinator). What Pollenizer’s investors primarily look for in the businesses they partner with is not just the merit of the idea, but the personality of the co-founders involved.

“We are looking for entrepreneurs that are hands-on, get the web and are willing to re-invent themselves and their businesses on a weekly (or even daily) basis,” said Mr Sauvignon. “The startup life is often compared to a roller-coaster. If an entrepreneur can ride through the loops with a big smile on their face then they are the type we want to work with.”

Much of the media between Australia and the US has referred to the influx of Australian entrepreneurs in Silicon Valley as the ‘Aussie Mafia,’ a term that actually originated as the name of a few Australian technology entrepreneurs’ social gatherings in the Valley. One of these attendants was Elias Bizannes, a Sydneysider who moved to San Francisco just over two years ago. Like many before (and after) him, he was driven to California by the excitement of the Bay Area’s startup community. “In San Francisco, the social life meshes with the tech life. It’s a 24/7 environment; an ecosystem that really reinforces itself,” said Mr Bizannes, who has developed several of his own ventures including Silicon Beach, the South by Southwest festival-bound mobile incubator http://www.businessreviewaustralia.com/business_leaders/startupbus-hits-the-roadStartupBus, and its newer cousin, the San Francisco-based Startup House.

The financial potential of his business ventures has kept him firmly rooted in the South of Market (SoMA) district of the city, where Startup House is slated to open.

“I remember doing research on a business idea a few years ago [in Australia],” Mr Bizannes said. “I pulled the plug when I realised my target market wouldn’t have made more than a salary business.”

As with any business hoping for success, finances are a major driver. Dr Mark Leiberman has seen plenty of this as manager of the Business Technology Centre (BTC), one of the largest technology startup incubators in California. “I see a lot of Australian companies coming to the US looking for money,” Dr Leiberman said.

This, in turn, has sparked one of the biggest changes to the startup landscape in California. “Investments now come from technology founders that have successfully exited their own ventures and are now re-investing back into the technology community,” said Mr Sauvignon. “They are great advisers to the new wave of Australian web entrepreneurs.”

Mr Bizannes, who continues to serve as an advisor to hopeful start-ups, is certainly an example of such re-investment: through Startup House, he will coach new companies through a three-month support program and introduce them to his Silicon Valley network – a live-in incubator, so to speak. “Being in San Francisco is an investment into my networks,” said Mr Bizannes.

For other entrepreneurs looking to break into the California market, what should be done beforehand?

“Do your homework ahead of time,” advised Dr Leiberman. If you “learn how business is conducted, learn what the value chain is and who plays in it, what the financial situation looks like, the target customers, and who the suppliers and the major players are before you get here, [you’ll] hit the ground running.”