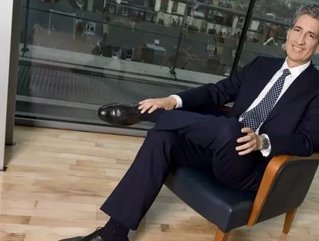 Orica—the world’s biggest supplier of mining explosives—has been busy. Last week the company shared that Ian Smith, former CEO, was going to be replaced. He would stay on for as long as was required to find a new person for the position, but it turns out that it wasn’t going to be long.

Just today Orica announced Alberto Calderon, former boss of BHP Billiton’s aluminium, nickel and corporate development divisions, will take over as interim CEO. Calderon has been on Orica’s board since August 2013.

The company issued a statement with the decision, saying that the board and Smith had "agreed that in the interests of minimising further distractions and enabling Orica to move on," Mr Smith should leave the company immediately.

The “distractions” mentioned include a series of incidents with staff in recent months. Smith himself had even admitted to his sometimes aggressive and confrontational management style, which has not gelled with Orica’s company strategy for the future.

"I'm extremely disappointed. I was changing and there was an incident that coloured where we were going [as an organisation]. Sometimes I go beyond being robust and become aggressive," Smith said.

The incident in question was an aggressive outburst aimed at the general manager of investor relations in January of this year, which precipitated this week’s actions by Orica.

Calderon comes on to Orica during a period of transition for the industry, where Orica will have to fight to maintain its margins in the face of much lower commodity prices.

The "importance of ensuring stability and operational continuity at Orica has been at the forefront of my discussions with the board,” said Calderon. "The ongoing implementation of our strategy will be my priority while the board continues the process of selecting a permanent CEO.”