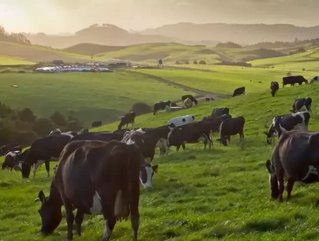 Hurrell has served as the firm’s interim CEO since August 2018, and his role has been made permanent following his success over that period.

Having joined Fonterra in 2000, Hurrell has worked across four continents and held the position of COO of Farm Source, the unit which works directly with FCG’s farmer-owners, prior to his appointment as interim CEO.

“My six months as interim CEO have reinforced my view that, despite the challenges with our current performance, the fundamentals of this business are strong,” Hurrell said in FCG’s press release.

“To realise our potential we need to get the basics right and that means a full review of our strategy and ultimately, a fundamental change in direction.

“I’d like to thank the Co-op’s farmer-owners and unit holders for their continued encouragement and support. It’s not something that I’d ever take for granted.”

“Miles has demonstrated the wisdom, skills, experience and frankly, the backbone needed to lead. His permanent appointment will bring much needed stability to the Co-op and our people during a critical period of change.

“His work alongside the Board as we progress our portfolio review to re-evaluate our investments, major assets and partnerships; and the more recently announced full review of the Co-operative’s strategy, has him uniquely qualified for the role.”