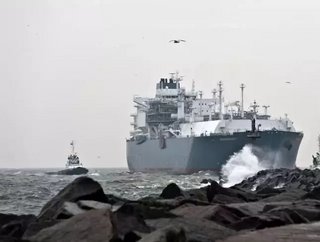 Due to the success of its PNG LNG project, ExxonMobil PNG Limited was awarded the 2015 Asia Pacific Midstream/LNG Company of the Year Award by the Oil and Gas Council at the Asia-Pacific Oil and Gas Awards Dinner in Singapore.

Located in Papua New Guinea, the project is realising the potential of three large gas discoveries in the southern and western highlands of the country. It includes gas production, processing and liquefaction facilities as well as offshore and onshore pipelines.

RELATED TOPIC: How the APLNG project will impact the LNG sector

“The award is a reflection of the world-class nature of the PNG LNG Project, our ability to build upon our early successes and our reputation as a reliable supplier of LNG,” said ExxonMobil PNG managing director Andrew Barry. “The hard work and cooperation of the PNG Government and provincial governments, our co-venture partners, suppliers and contractors, landowners and communities in and around the areas we work allow the project to maintain its highest level of performance.”

Chairman of the Oil and Gas Council Ross Stewart Campbell believes the future success of the LNG market will be centre around the performance of today’s LNG projects.

“In 2015, there was no better success story globally than that of the PNG LNG Project, operated by ExxonMobile PNG,” said Campbell. “Huge value creating for all concerned sitting in turn a new standard of excellence for project management and delivery.”

Recently, ExxonMobile’s Board of Directors announced a cash dividend of 73 cents per share on the Common Stock, payable on March 10, 2016 to shareholders of record of Common Stock at the close of business on Feb. 11, 2016.

The first quarter dividend is at the same level as the dividend paid in the fourth quarter of 2015. Through its dividends, ExxonMobile has shared its success with its shareholders for over 100 years and has increased its annual dividend payment for 33 straight years.