Is Effective Leadership Missing From The Workplace? 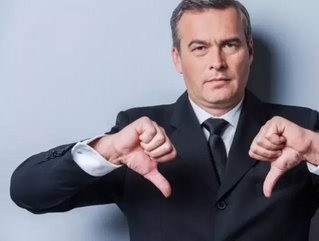 A professional attitude is a must from all employees at a business, but knowing your boss cares about you, your health and how you are doing at work can add a lot to a worker’s experience with a company. Unfortunately, it seems like Australia may be behind other companies in this regard.

According to the latest survey from Towers Watson, effective leadership is lacking in several workplaces. Out of 32,000 employees surveyed from 26 countries, only 44 percent of those surveyed in Australia believed their leaders were effective in their position. One of the most-commented on complaints was that there was constant change in their organizations, and many wanted clearer direction and leadership from their managers. A lack of interest in employees lives as well as a disregard for disengaged workers round out the concerns Australians have for their leadership.

The report, in its third biennial incarnation, also shared that this was the first time effective leadership was the determining factor in employee engagement and retention; in previous years, workload and work-life balance have decided employee engagement with their work.

"For the first time, leadership is the biggest driver of sustainable engagement," the study authors said.

"For employees lucky enough to perceive both their leader and manager as being effective, 72 per cent are highly engaged and just 3 per cent are disengaged.

"This stands in contrast to those that perceive both their leader and manager as being ineffective, with just 8 per cent of these employees being highly engaged while the majority (56 per cent) are disengaged."

Although it’s not something that could change overnight, effective leadership could renew and energise workers, encouraging to be more engaged in their work and to have the desire to work for the company longer-term.

"Leadership has the most ability to influence the employees' experience in the organisation. They set the direction," Adam Hall of Towers Watson said. "What Australians want their leaders to do is be very good at clarifying direction, vision and making good decisions about where the organisation is going, and sticking to that as a long-term strategy. So if you want to have some job security—a career—then this is what the future will look like."