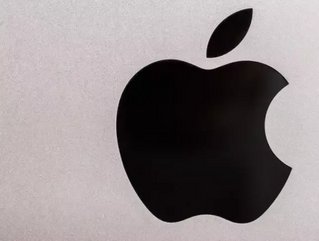 Who knew $US700 billion would look like an apple with a chunk missing? Apple has only been competing against itself for the top spot in market valuation for some time now: Exxon Mobil ($US405 billion) and Microsoft ($392 billion) cannot come close to the creator of the iPhone.

This milestone is definitely something to celebrate, as the company is met with criticism and predictions of failure at every turn. When current chief executive Tim Cook took over from visionary Steve Jobs, very few believed he would be able to continue the momentum. Although Cook still has his critics, the numbers speak for themselves. Apple stock is up 52 percent in 2014, and an incredible 136 percent since Cook took over for Jobs in August of 2011.

The size of Apple, for comparison’s sake, could make it the 20th largest economy in the world, right behind Saudi Arabia’s $US711 billion. And Apple is responsible for a full percentage point of growth to the S&P this year.

So is this the end of Apple’s reign? Could they go bigger? Carl Icahn, the largest activist investor in Apple with a stake of .9 percent, shared at the beginning of October that Apple’s shares are only being trade at half their true price, which was $US101.20 that day. If this truly is the case, Apple’s still got a long way to climb, if it continues to play its cards right.

In celebration of reaching $700 billion market value, check out these 15 records that Apple has set, compiled by The Australian.

1. Apple is on pace for its fourth straight record close today.

4. At the Nasdaq peak in March 2000, Microsoft and Exxon (the second- and third-largest companies in the S&P 500) were 26 and 13 times larger than Apple, respectively.

12. The stock’s average annual growth rate over the past five years is roughly 32 per cent. If Apple stock continues to grow at this pace it will become a $US1 trillion company by early 2016.