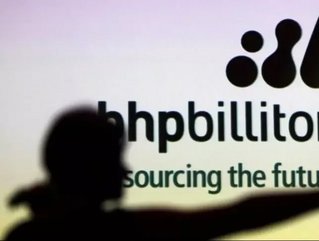 One of the world’s largest coal miners, BHP Billiton, said it must continue to seek out new efficiencies and cuts in metallurgical and thermal coal in order to survive. The Australian mining firm says it doesn’t expect to be saved by price, despite the fact that prices for thermal coal are currently sitting around $60 a ton, compared to $150 a ton three years ago.

"I think the industry has been a bit over rational, they have just assumed that the high-cost producers will exit," said Dean Dalla Valle, BHP Billiton’s chief commercial officer.

"But people have been driving productivity. I think customers value a diverse supply base and the supply has been sticky. Going broke is hard to do."

Dalla Valle, the former head of coal at BHP before switching positions with Mike Henry in January, also commented on the increasing presence of anti-coal lobbying and divestment campaigns.

In an article with the Financial Times, Dalla Valle mentioned how oil and gas majors in recent months have attacked the coal industry, claiming gas as a cleaner and more superior source of energy.

"It is just unhelpful for one part of the fossil fuels industry to be playing itself off against the other, when ultimately we should be looking for a combined solution.

"I just don't get the thesis."

Dalla Valle believes any attempt to kill off coal is misguided.

"Just to suddenly say that the world is going to stop doing this [coal], without taking into account the need to supply energy that is cost-effective for the developing world is ultimately doomed in failure. Because if you just stop [mining] in one place, someone else will mine it – coal is abundant,” said Valle.

"You have got two billion people coming along who are going to want the same prosperity we had, which is based on cheap energy. Coal is going to be a big part of the solution. To say to one group, or one country – to impose a mandate and force them to a destabilizing route for energy … it just fundamentally doesn't stack up."

Despite the recent hardships, BHP intends to move forward as coal president Mike Henry said earlier this week he intends to increase production at his Queensland mines through a continued productivity drive.