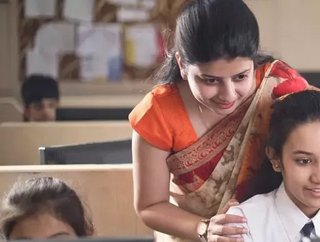 Educators in India should work towards a system of continual learning and become more student-centric to arm a nimble workforce of the future, say Deloi...

The economy of Asia Pacific countries (APAC) is expected to contract by 8.3% because of the global COVID-19 pandemic, according to figures from Deloitte.

According to the report, the International Monetary Fund expects a global recession, in Asia social-distancing measures have already hit consumer spending and had a knock-on effect on production and services from tourism to aviation which have slowed sharply.

“Any resumption of economic activity to pre-virus levels will now depend on how the fight against COVID-19 progresses and how scarred consumers and businesses emerge from this pandemic,” said report author Akrur Barua, Executive Manager with Deloitte Services LP.

Deloitte report why the COVID-19 pandemic is worse for three key reasons:

Oxford Economics forecasts GDP growth in Asia will fall to just 1% this year from 4.5% in 2019. And according to S&P Global Ratings, the APAC region is likely to witness a permanent income loss of US$620 billion due to the current pandemic.

“While the current projections seem grim, a lot will depend on how the pandemic evolves and how governments respond to it. Faster containment will allow Asian economies to recover more easily. Continued rise in cases, however, may mean a more staggered revival in economic activity,” said Barua.

Looking back at how SARS effected the region, Deloitte shows a ‘dent’ in the tourism sector in 2003 which quickly bounced back. The industrial production was less effected as the epidemic did not have an impact on supply chains.

Between January and July of 2003, tourist arrivals per month fell year over year on average by 33.8% in Taiwan and by 30% in Singapore and had a knock-on effect to the hospitality industry.

“Hotel occupancy in Hong Kong fell to an average of 26.7% per month in Q2 2003 from 82.3% in the previous quarter. And according to the World Travel and Tourism Council, China suffered a 25% reduction in tourism-related GDP with a loss of 2.8 million jobs,” highlights the report.

Restricted tourism and travel unsettled aviation during this period with passenger traffic at the Changi Airport (Singapore) falling by 48.5% in Q2 2003, from a 1.8% increase in the same period a year before. The threat of infection caused consumers to spend less time and money outside their homes resulting in retail sales falling by 15.2% in Hong Kong.

“Fortunately, once the epidemic was under control, the recovery in economic activity was relatively swift - economies recovered within the year,” commented Barua.

How South Korea was affected by MERS

The impact of MERS on Asia was limited to South Korea in 2015. Tourist arrivals fell by 54% in July. As concerns spread, consumer spending dropped.

Retail sales contracted 0.5% in June and estimates put the decline in food and beverage services due to the fall in tourist arrivals at US$359 million.

“But once the MERS outbreak eased, the economy bounced back in Q3,” reports Deloitte.

The impact of the COVID-19 pandemic on Asia will likely be worse than these other epidemics due to its scale, effect of social distancing and effect on exports from APAC countries.

“Asia plays a bigger role in the world economy and is more interconnected with the rest of the world now than at the time of SARS, says Barua.

Asia’s share in global GDP was an estimated 33.2% in 2019, up from 22.7 percent in 2003. Its share in global exports went up to 32% from 24.7%. Major exporters in Asia will therefore have to contend with a likely downturn in key markets in Europe and the United States.

Deloitte’s US economic forecasts point to a likely 8.3% GDP contraction (with a 50% probability) this year in the best-case scenario.

“Analysis of the economic impact of the previous health care crisis in this century may offer some insights on what to expect this time and how soon Asian economies can find their way once the current pandemic runs its course,” concludes the report.