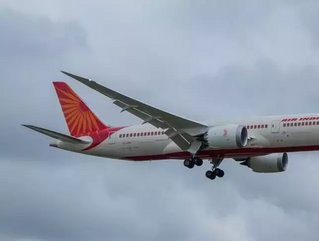 A second airport for Mumbai, which was proposed more than 20 years ago, is finally under construction.

The airport will be located 22 miles southeast of Mumbai’s existing airport and will eventually have a capacity of 60mn passengers annually.

India’s 2018 budget: healthcare system set to be largest in world

Boeing predicts China will spend $1.1trn on aeroplanes over next 20 years

The need for a new airport has been clear for some time, not least since the existing Mumbai airport set the world record late last year for the most flights handled by a single operating runway within 24 hours. On Friday 24th November 969 flights passed through the airport, which despite having two runways can only operate one at a time as they cross over one another due to lack of space.

India is set to become the third biggest market for aviation travel in the world, following China and the US, as incomes overall rise and travel becomes cheaper. In 2016 about 100mn domestic passengers passed through India’s airports. As of 2017 97% of India’s 1.3bn population had never been on plane.

The first phase of the new airport is expected to be operational by December 2019, with one runway serving around 10mn passengers.

The airport will be constructed by a join venture involving a consortium led by GVK Power & Infrastructure Limited and the Airport Authority of India.

At the ground-breaking ceremony, Modi stated: “Globalisation is the reality of our times. To keep pace with globalisation, we need top-quality infrastructure… India’s aviation sector is growing steadily, there is a sharp increase in the number of people flying, a strong aviation sector creates employment and economic opportunities. Better connectivity will give a boost to tourism.”