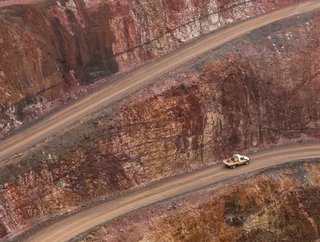 As the world’s largest producer of copper, all eyes are on Codelco as it makes a move to distance itself from reliance upon China. The Chilean mining company is hoping to quadruple its sales by 2023 as it ramps up the priority on securing itself in the Indian market.

In 2020 alone, Codelco’s revenue grew by 13.2% from the previous year to US$14.1bn due to the higher average copper price and 3.0% growth in copper sales volume.

China, as the number one client for Codelco, is aiming to reduce its own reliance upon importing refined copper by increasing the nation’s capacity to produce it. As a result, Codelco hopes that withdrawing its dependency on the Asian giant will mitigate the risks of subdued growth.

“An important factor in strengthening our relationship with Southeast Asia and India is the anticipation that, in the short term, China will reduce its dependence on importing refined copper,” says Carlos Alvarado, Vice President for Codelco.

The company is optimistic that the opening of a new office based in Singapore this August will serve as the push required to instigate embedding itself within the region, ultimately leading to close deals in the future with clients of the likes of Vietnam, Thailand, and Malaysia.

However, the move from Codelco comes at a precarious time. Global copper prices are up and demand down, and there are predictions that the growing call for electric vehicles will largely drive the need for the metal.

President of the Codelco Board of Directors, Juan Benavides, is unphased by the ever-changing need for copper, following a report in April showing a surplus of US$1.627 million in the first quarter of 2021 - the highest for the company in the last decade.

“We produced more copper, kept costs low, and made progress in achieving better management in all areas, which was supported by a good price of the metal,” Benavides said.

Earlier this year, the price of copper surpassed US$10,000 a ton as a result of increased Chinese demand combined with a dip in the strength of the US dollar.

“Southeast Asia and India today represent about 8% of refined copper consumption globally, and this percentage is expected to exceed 20% in 2040,” Alvarado said, in favour of the company setting its sights towards the Southeast.

Codelco is planning to implement and establish long-term alliances with customers in Asia and Europe while working to stabilise its copper supply to the US.

The company currently seeks “excellence in operations and in the design and execution of projects” in its transformation strategy, aiming to position itself directly amongst the most competitive within the industry. It is Codelco’s hope that this ambition is driven forward by the recent decision to seek investment outside of China.