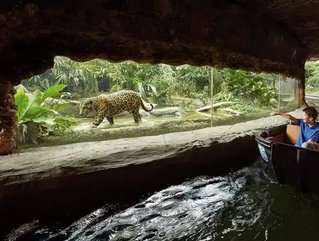 The island city-state of Singapore is located off the coast of Malaysia, and its 721.5 sq km are home to around 5.7mn people. Becoming a sovereign state in 1965, having previously been a colony of the British Empire, Singapore is famed for its progress from developing nation to developed in a single generation. In modernity, Singapore is considered to be both the world’s smartest city and nation. Singapore is also renowned for the depth of its multiculturalism, and represents the most religiously diverse population in the world. Considered a global hub of practically every industry and sector, the country hosts the regional offices of some of the world’s largest and most valuable companies, including: Cisco, Facebook, Bosch, Hewlett-Packard, Chevron, Google, Unilever, Sony, Rakuten, Apple, Disney, Microsoft and more.

Singapore took the top prize at the 2018 Smart City Expo World Congress in recognition of outstanding achievements made in urban innovation and digital transformation. The Smart Nation project seeks to make Singapore not only the leading smart city but also the benchmark for other nations and cities to aspire to. In a press release announcing the results, the Smart City Expo World Congress said: “The wide array of solutions developed by the government from dynamic public bus routing algorithms to real-time parent-teacher portals, or even predictive analytics for water pipe leaks, have proved that Singapore systematically pursues the application of innovative digital technologies to improve people's lives.” Complementing these smart city successes, the Smart City Awards jury added, “Singapore has undoubtedly become a global beacon of the urban transformation and how to implement smart urban solutions in a meaningful manner that not only enhances the city's functioning but also improves the services provided to its citizens and through them their quality of life."

The Smart Nation project is driven through three key pillars: digital economy, which seeks to digitalise industries to enhance and optimise business efficacy; digital government, which aims to simplify and streamline citizens’ and businesses’ access to government services; and digital society, which focuses on ensuring digital inclusion for the entirety of the population and providing the educational materials required for digital literacy.

Singapore’s government has rolled out a host of smart city initiatives that have driven its success on the international stage. In 2020, the government is set to issue a national digital identity system that will enable citizens to authenticate themselves and their businesses for government and private sector transactions, and the government has also developed Virtual Singapore, an open, dynamic 3D digital platform. Virtual Singapore has revolutionised experimentation for data coverage, architectural planning, and service validation, and sets a benchmark for open planning resources for cities around the world.

A major part of Singapore’s thriving economy is its tourism industry, which in 2017 saw 17.4mn visitors from around the world. With Singapore’s 2017 population reaching 5.6mn, this means that visitors represent more than triple the number of people living in the country. The figure continues to grow, with the Singapore Tourism Board’s Q3 2018 report highlighting a year-on-year increase in visitor arrivals of 7.1%, with the value of tourism receipts jumping by 3.1% over the same period.

Among the city’s most popular attractions are its Gardens by the Bay, a 250-acre sprawl divided between three stunning waterfront gardens. Besides the verdant beauty of the space that represents a tranquillity less often found in one of the world’s most bustling metropolises, the Gardens, Cloud Forest, and Supertree Grove are also marvels of modern architecture. The iconic Grove, along with the OCBC Skyway connecting two of its trees, offers tourists the ideal platform from which to survey the gorgeous flora and surrounding buildings. The 165m tall Singapore Flyer is another popular tourist destination and a key component of the city’s skyline. Offering incredible panoramic views of the vibrant cityscape, the Flyer is arguably the best way to take in the multifarious and unique sights of the city at large. For those seeking more commercial diversions, Orchard Road is an excellent choice. The area houses 800,000 square metres of shops and restaurants, with a pristine and tree-lined street binding it all together. Another unique experience for Singapore’s tourists is the River Safari, the only river-based wildlife park in Asia and an incredible opportunity to see some of the rarest and most fascinating river creatures from around the world. Manatees, giant river otters, alligator snapping turtles, and Chinese softshell turtles are joined by non-aquatic animals such as giant pandas, green anacondas and crab-eating macaques, for a naturalist experience few could ever forget.

With its plethora of booming industries, a forward-thinking approach to city design and citizen life and some of the most exciting sights to be found in any of the world’s cities, it is no wonder that Singapore is one of the world’s top destinations for both business and pleasure.