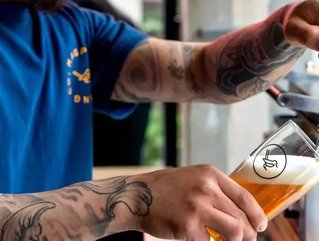 The South Korean Capital Area is a global hub for exports, imports and newly emerging markets

Situated on the Han River, Seoul is the capital and largest metropolis in South Korea. The city, in combination with neighbouring city Incheon and the Gyeonggi province, forms the Seoul Capital Area, which is home to approximately half the country’s 51.45mn-strong population.

According to OEC, South Korea is the fifth largest export economy in the world. In 2016, the country exported US$515bn and imported $398bn, resulting in a positive trade balance of $117bn. South Korea’s principal exports are integrated circuits, electronics, passenger and cargo ships and vehicle parts.

Korea is one of the world’s leading markets for alcoholic beverage consumption per capita, and in 2017, the United States Department of Agriculture (USDA)’s report stated South Korea imported $263mn worth of beer, which represented a 45% increase over 2016. The report states: “The beer market in Korea has been dominated by domestic breweries as indicated by the fact that locally brewed beer accounted for 90% of the beer supplied in the market in value (or 91% in volume) as of 2016.” In the same year, domestic beer sales accounted for $1.77bn across the country, with a projected $85mn occurring in and around the Seoul Capital Area.

Of the domestic beer industry, the USDA states that it “has been driven by a small number of large-scale breweries over the years because of the high entry barrier set by the Korean government”. Oriental Brewery Company Co. and Hite-Jinro Co. have, until recently, held almost complete sway over domestic beer production. According to the USDA, industry data indicates that Oriental Brewery accounted for 60% of overall beer sales while Hite-Jinro accounted for 26% in 2017.

However, in recent years the Korean government has faced consumer and industry pressure to lower these barriers to entry, allowing beverage SMEs (microbreweries) into the market. According to a VICE report earlier this year, “South Korea used to be swimming in appallingly bad beer”. Hassan Haider, one of the owners of one of Seoul’s leading craft breweries, Magpie Brewing Company told VICE: "The catalyst for the movement was an article by The Economist… it said something crazy. It said North Korean beer is better than South Korean beer. People didn't like that."

The USDA report supports this assertion, noting that “the environment of limited market competition has led the large-scale domestic breweries to maintain a conservative product portfolio over the years which was focused on a limited assortment of low price, low quality products.”

With the relaxation of governmental restrictions, and the rising popularity of craft brewing worldwide, Seoul has become known as the “centre of Asia's craft beer scene”. Founded in Seoul in 2011, Magpie Brewing company helped revolutionise the Korean craft beer scene. Starting from a single small brewshop in Kyungridan neighbourhood, Seoul, “with just one pale ale on tap”, Magpie “set off a flurry of pale ales being brewed across Korea”.

Another brewery central to Seoul’s exploding craft beer market is Satellite Brewing Company. The brewery was founded by Korean entrepreneur Jeon Dong-keun after falling in love with craft beer while studying in the US. He quickly recognised the market potential in his native city.

A profile on Satellite in the Korea Herald’s magazine The Investor notes: “The CEO of the fledgling craft brewery startup said investors seem to have believed in the potential of craft beer business, his passion for brewing, and a unique business model that sells exclusively imported hops to Korean breweries.” Over the past 18 months, Satellite’s output has risen to 860,000 litres, and the brewery now supplies over 70 pubs and restaurants in the Seoul area.

The Investor notes that Seoul’s microbrewery scene is forecast to grow from $35.2mn in 2017, to above $50mn in 2019. Jason Lindley of Magpie Brewery said in an interview that “Japanese real estate is too pricey for craft brewers, and the Chinese market is too green.” He continued, saying that Korea “is just right”.

Lindley continues to note that from bases in Korea, craft breweries are positioned to expand into China and export to Japan. Seoul’s identity as an export hub makes it the ideal home for a burgeoning beer export market, particularly as the time taken to export beer from Europe or the United States to Asia makes maintaining a just-in-time supply chain difficult, with products often arriving relatively close to their sell-by date. “Because its location makes it a ready springboard for the rest of Asia, a lot of major companies are eyeing the Korean market,” Lindley notes.

In 2018, the number of craft breweries in Seoul is expected to double, from 54 the previous year to over 100. The USDA report also notes key government reforms that took place in August, allowing “microbreweries’ distribution to grocery retail stores and wholesalers. Increased market prospective under these reforms has led to openings of many new microbreweries throughout Korea over the last couple of years.”

While Seoul represents an exciting new import and export market for beverages, beer still represents a small portion of the Korean market. The largest Korean exporters last year were Samsung Electronics ($217.1bn), Hyundai Motor ($148.1bn) and Hanwha Corporation ($128.2bn). All three companies are based in Seoul.