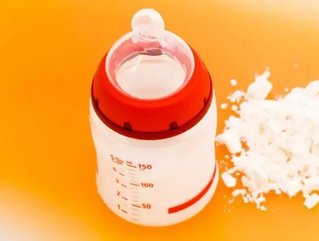 Chinese start-up Walimai hopes to raise up to $11.5mn through a Singapore-based ICO (initial coin offering).

The company has had to set up a new Singapore-based company called the WaBi project to do this due to China’s recent ban on ICOs.

Walimai has developed anti-counterfeit labels which use QR codes to confirm the authenticity, and therefore safety, of items such as food products. It hopes the ICO will expand its technology to detect fake goods as well as creating a loyalty programme.

Food safety, the company’s main focus, is an important issue in China and interestingly, while most ICOs at the moment are issued for ventures in the technology sector, this will focus on the FMCG (fast-moving consumer goods) industry – though of course advancements in tech are a key element.

Infant formula milk was chosen as a main focus as it’s still an issue in China since the 2008 scandal. Co-founder Yaroslav Belinskiy said that the “cost of buying fake” is massive for infant milk, whereas: “we decided that with fashion labels, people actually know when they buy fake. If you pay $50 for a fake bag, you kind of know it’s fake.”

The company hopes to expand from the baby food market to wine bottles, cosmetics and pharmaceuticals.

Walimai’s labels either connect directly to smartphones or can be scanned via a QR code. The company says they are tamper-proof as once taken off their original product, they will no longer work.

46mn WaBi coins will be issued at $0.25 per token. Chinese citizens will not be allowed to participate, and for this reason identities will be authenticated to avoid breaching China’s law.

The company will also develop a blockchain-based loyalty programme for customers and users will be able to use WaBi coins instead of cash to buy products carrying the Walimai authenticity label. Customers will also be able to “mine” additional tokens by continuously scanning the labels.