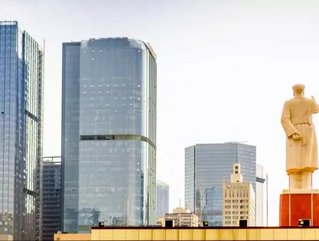 China’s parliament is currently holding its annual meeting and is set to announce its national budget and approve changes, the biggest being allowing President Xi Jinping to rule for more than two terms.

So far, the nation has announced its military budget for the comping year, which amounts to a total of 1.11trn yuan or $175bn. This is an 8% year-on-year increase and marks a steady rise in spending since last year’s increase of 7%.

Zhang Yesui, spokesman for the National People’s Congress, pointed out that even with increases in spending, China puts less of its GDP toward the military than other major powers, with the US aiming to spend about $686bn in 2019, an increase of $80bn from 2017.

Zhang explained: “A large part of the growth of the defence budget is to make up for the low military spending in the past and is mainly used to upgrade equipment and improve the welfare of servicemen and women and the living and training conditions of grassroots troops.”

In addition, Prime Minister Li Keqiang announced the country is on target for 6.5% economic growth as a whole this year, which will be slightly lower than the 6.9% achieved in 2017.

The country also expects a budget deficit of 2.6% of GDP this year, and Li has stated China will maintain neutral monetary policy and deepen reforms in foreign exchange and interest rates.

Perhaps the most important and controversial part of this year’s meeting will be the announcement of plans to remove the two-term limit for rulers, allowing Xi Jinping to remain in power for longer than planned.

This would help Xi cement his status and may also help maintain stable economic policy. Xi is set to become the most powerful leader since Chairman Mao Zedong, and the vote will take place on 11th March to remove the limit – but is expected to be unanimously approved.