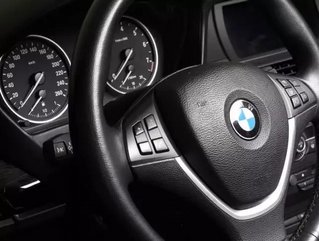 German automaker BMW has been allowed to raise its stake in its Chinese business to 75% according to reports.

The company will be able to take a two-thirds majority in its onshore venture in China thanks to a change in ruling by the Chinese government, which BMW is first to take advantage of. Previously, foreign manufacturers have only been allowed to own up to 50% of a joint venture with a local business if they wish to manufacture in the country.

As such, BMW currently has a 50% stake in its Chinese joint venture with Brilliance China Automotive Holdings. By 2022 when new laws fully kick in, the company will restructure with BMW taking the main share.

Ford and Baidu join up to develop smarter cars in China

China’s car market to grow by 20% in five years

Chinese Premier Li Keqiang reportedly spoke of the venture on Monday in a meeting in Beijing with EU politicians and business leaders. He stated that China was ready to sign an agreement with BMW when the Germany company was ready to do so.

Last week, BMW and Brilliance reportedly signed an agreement to expand the production of their Shenyang-based company to 520,000 units in 2019. Its annual capacity as of 2017 was 450,000.

In addition, it was also announced that Chinese battery manufacturer CATL has been given $420mn upfront as part of a contract to supply batteries for BMW Brilliance. CATL announced it plans to build its first EU based production site in Germany, home of BMW.