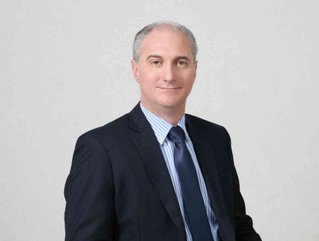 Another day, another engineer becomes CEO. This time it’s the turn of engineering veteran and current President of GM Technical Center Korea (GMTCK), Roberto Rempel, who took the reins of General Motors Korea in June.

Engineering is the most common undergraduate degree among CEOs, with surveys finding that one-third of Fortune 500 chief executives have majored in engineering.

And with a degree in mechanical engineering and 40 years of engineering experience under his belt, not to mention 25 years of executive experience and an MBA, Rempel certainly has the education and expertise to get the job done.

Rempel kicked off his career at GM Brazil in 1982, where he began racking up increasingly senior management roles in product management and vehicle engineering across GM markets worldwide, including Germany, Italy and Japan – where he serves as chief executive for Midsize Trucks & SUVs in a GM and Isuzu Motors joint venture.

He relocated to Korea in 2015, where he successfully led the development and launch of various programs becoming President and Executive Chief Engineer of GM Technical Center Korea (GMTCK) in 2019. In this role, Rempel led the product engineering team, design studio and manufacturing engineering team, as well as taking the helm of various global vehicle programs such as the Chevrolet Trailblazer, the Buick Encore GX, and the next-gen global crossovers, all major products for the successful turnaround of GM in Korea.

GM is looking towards an all-electric future, with Korea a centre for engineering

GM Korea is one of the automaker’s core markets, and its engineering centre (GMTCK) is the second largest outside of the US – one that is playing an increasingly important role in GM’s all-electric future strategy.

The automaker, which has a multi-brand strategy including Chevrolet, Cadillac and GMC, is responding to the evolving preferences of its regional customers with the introduction of the new GMC brand, as well as expanding its Cadillac portfolio, as it prepares for the introduction of various global EVs.

Rempel will lead the 10,000-strong GM Korea workforce and look to improve the competitiveness of its operations.

Described by Shilpan Amin, President of GM International as having an “extensive engineering background in global product group” and having demonstrated remarkable leadership in GMTCK, Rempel comes to the role with clear objectives to win more customers in domestic and export markets, as well as deliver a flawless launch of GM’s new global crossover, grow GM brands in Korea, and continue to improve the competitiveness of operations in the country.

GM, which increased its sales and market share in Q2 2022 sequentially for the third consecutive quarter, also saw its EV sales each more than 7,300 units, among them the first deliveries of the BrightDrop Zevo 600 and GMC Hummer EV Pickup.