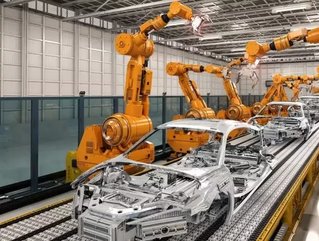 Xi Jinping has announced China would make its car market more open, and the country has now removed its 50% cap on foreign ownership of joint ventures for automotive manufacturing.

The cap has been in place since 1994 and demanded that foreign companies could only manufacture in China if they did so through a partnership at least 50% owned by a Chinese counterpart.

While this could put pressure on Chinese manufacturers which can no longer rely on their foreign counterparts, it could also help to strengthen Chinese brands.

Li & Fung says it is unafraid of a trade war

As the US and China impose tariffs, who will actually suffer?

According to Bloomberg, local manufacturers had previously “banked” on German, US or Japanese brands to keep sales up, but the reform will come as a challenge and “a good stimulus to urge Chinese companies to strengthen their own brands at a faster pace rather than relying on the joint ventures to feed them”, as the newspaper was told by Yale Zhang, an analyst at Foresight Co in Shanghai.

The outlet also added that of China’s 24.8mn cars sold in 2017, over half carried foreign nameplates.

In Hong Kong and Shanghai, stocks went down including BAIS Motor by 13%, Brilliance China Automotive Holding by 8.9% and Guangzhou Automobile Group by 8.7%.