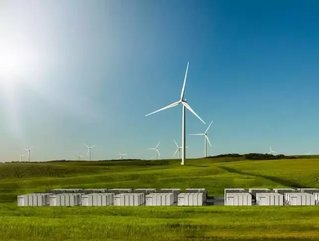 Australia is on the brink of a renewable energy boom thanks to lowering storage costs and an appetite for clean power, according to a new Climate Council report.

The study, Fully Charged: Renewables and Storage Powering Australia, says that the cost of lithium-ion battery storage has dropped by 80% since 2010, and will halve again by 2025.

It also estimates that up to 20,000 Australian homes have battery storage systems installed, up by a factor of three during the course of 2017 alone.

Currently, Australia produces around 16% of its electricity from renewable sources such as wind, solar and hydro. Climate Council claims that this figure could reach 50% by 2030 without significant investment in new storage solutions.

Indeed, South Australia is already home to the world’s largest battery courtesy of Elon Musk’s Tesla, which is also involved in a project with the SA government to build a 50,000-home virtual power plant. By 2020 the state will also have a 150MW solar thermal plant with heat storage.

The introduction to the Climate Council report highlights a strong pipeline of projects: “Continuing the transition to a renewable powered, storage-backed power grid can bring jobs and investment across Australia.

“There are currently over 40 largescale renewable energy projects under construction across Australia, projects which will create over 13,000 jobs… delivering $8.8bn in new investment for regional Australia.”

The infograpghic below highlights some of the most significant clean energy projects either operating or in construction and planning at the moment.