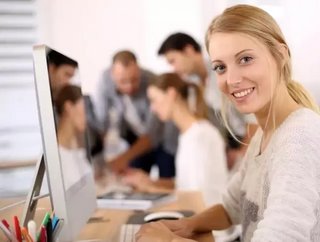 Earlier this year, Canon Oceania opened a new Queensland office in Brisbane where it launched its new high-performance working environment that the company’s high-level executives believe will improve employee production and happiness.

The change has brought two separate Canon Oceania offices together as one. After previously having offices in the Brisbane suburbs Cannon Hill and Milton, Canon’s decided to combine it into one office in the heart of Brisbane rather than have employees dispersed across both locations.

The objective was to create its high-performance workplace similar to Canon Oceania’s headquarters in Sydney and Macquarie Park.

“The Brisbane market and Queensland in general, we as a growth area, particularly from a business services and consumer end,” said HR and communications director Effie Fox. “We thought it was extremely important to collaborate and bring the teams together. It was an opportunity to consolidate and move the entire facility into the city.”

RELATED TOPIC: Here Are 4 Tips to Avoid Workplace Fatigue At Your Business

Canon believes the ideal workplace of the future is based on tailoring to individuals in order to create maximum efficiency. Employees are Canon’s No. 1 priority according to Fox, and the idea for a new workplace was driven by the belief that business culture, reputation, innovation and prosperity is all based upon its workers.

“We believe it has really enhanced the engagement of our employees,” said Fox. “We’re customising the technology to the individuals, and not the other way around.

“I’ve been absolutely amazed at the impact it can have. It makes a huge difference to how people feel and the climate it creates.”

RELATED TOPIC: Is Effective Leadership Missing From The Workplace?

According to Fox, 80 per cent of Canon Oceania’s employees are satisfied with the new workplace from a productivity aspect, but it has also improved their personal life as well.

Canon has a three-pronged approach to its high-performance initiative: The first is about the people; the second is the design and environment of its modern office; and the third is its service solutions technology.

Since it adheres toward the people, Canon has implemented a new strategy of having mobile workers — which are employees with no dedicated desk so they can work where they want — in addition to focused workers who use their same desk every day, as well as a combination of both strategies.

The goal of a producing a better working environment revolves around creating areas where people can engage with each other and collaborate. “We believe the colors and graphics on our offices add to the climate we create and the positive energy we try to create as a company,” said Fox

As far as its service solutions and technology, Canon prefers to cater its technology to its employees. This includes using dual screens and tablets among other things depending on the work style a person prefers to have in order to complete their job to the highest capability.

“These aesthetics actually create a climate of creativity which has kind of exceeded our expectations in that way and from a productivity standpoints as well,” said Fox.