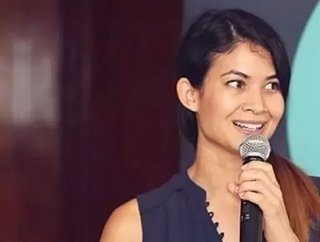 In our regular C-suite spotlight for APAC, we profile co-founder and CEO of Australian unicorn Canva, tech entrepreneur and billionaire Melanie Perkins...

Who is Melanie Perkins?

She’s the co-founder and CEO of Australian unicorn online design platform Canva, who ultimately became one of tech’s youngest female CEOs, at just 30, and recently became a billionaire aged 35, making her one of Australia’s richest and youngest.

Why is she in the spotlight right now?

Because less than a year after securing a US$6bn valuation during the pandemic, which provided a big boost to business, Canva has recently more than doubled its valuation, securing a $15bn valuation, which makes Perkins a billionaire, according to Forbes. The valuation comes in the wake of a new funding round in the first week of April 2021 led by T. Rowe Price and Dragoneer and raising $71m. At the same time, Canva announced its business has passed $500m in annualised revenue, up 130% from the year before.

What is Canva and why is it so successful?

Launched in 2013 by co-founders Melanie Perkins (CEO), Cliff Obrecht (COO) and Cameron Adams (Chief Product Officer), Sydney-headquartered Canva is a free-to-use online graphic design product that allows users to create everything from social media graphics to presentations and other visual content, as well as offering paid subscriptions like Canva Pro and Canva for Enterprise, with 3 million of its now 55 million users taking paid subscriptions.

Accruing 750,000 users in its first year, following a number of rounds of investment including from Mary Meeker’s Bond Capital in 2019 and this month’s massive funding round, Canva now boasts 55 million users across 190 countries, with offices in Sydney, Beijing, Manila, and most recently Austin, Texas, and is valued at $3.2 billion.

And while the company was originally most popular with SMEs, helping them draft and design print and digital assets, it’s since grown to become a real-time collaboration suite that’s being used by big firms including McKinsey, Salesforce and American Airlines. In fact, Canva claims that 85% of Fortune 500 companies use the platform’s services. They continue to add new features and during the pandemic, added presenter video recording tools.

How did Perkins get there?

The idea of Canva came to Perkins when she was at the university of Perth, where to earn money on the side she taught students design programmes. Many of her students found platforms like Adobe complicated and frustrating, and the ideas came to her to simplify and democratise design, to make it more approachable and accessible, more collaborative, and ultimately to empower all in design. So, she and university peer Cliff Obrecht, who became Canva co-founder and Perkins’ husband, created an online school yearbook design business, Fusion Yearbooks, to test it out. Operating from her mum’s living room, the yearbook design business was a massive success, expanding to New Zealand and France, and remains the largest yearbook publisher in Australia.

However, Perkins did not give up on her dream to create a one-stop-shop design site and at one point spent three months living with her brother in San Francisco where she pitched to more than 100 venture capitalists, all of whom rejected Canva. It was following a chance encounter at a conference in Perth with Silicon Valley venture capitalist Bill Tai, Perkins was winning over major investors including Hollywood celebrities Woody Harrelson and Owen Wilson and building out Canva’s design platform with a fast-growing team of tech engineers and a high-profile tech advisor, Lars Rasmussen who co-founded Google Maps.

It was in 2012 when things really kicked off however when Perkins and Obrecht found a tech co-founder in Cameron Adams. The same year, they closed their first funding round, which was oversubscribed and raised $1.5m, with Canva going live in 2013. In 2019, an $85m funding round led by Silicon Valley investor Mary Meeker’s Bond Capital gave the company a valuation of $3.2bn, before the most recent funding around in April 2021 leading to a valuation of $15bn.

In her own words…

"I think it's pretty important to know that every single person is going through their own trials and tribulations. Knowing that it's tricky for everyone, that any adventure will be filled with rejections and littered with obstacles – somehow makes the adventure a little less lonely. And it's most important for people who feel like they are on the outside to know this."