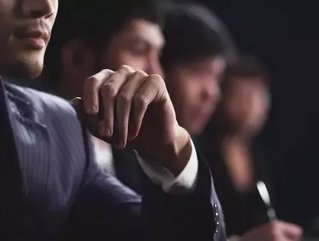 Read this article in the August issue of Business Review Australia

What’s to happen to the future of Australian politics? We are switching off from our political leaders and their messages in astonishing numbers. A recent survey from theUniversity of Melbourneshows 36 percent has little or no interest in September’s election. That’s more than one-third of voters who simply don’t care. What’s worse is that 70 percent do not have much confidence in the Government, but it’s not just the Government. Around 60 percent believe federal political leadership is noticeably worse than previous. This is not good for our country.

It’s not a surprise, really. The hung parliament of the last three years has left everyone with bad feelings about Federal politics. Broken promises, scandals and negative politics have harmed those at the top – on all sides. Australians have stopped expecting political leaders to perform.

This disillusionment is not just in Australia. The problem I see the world over is that politicians are not tested or trained to be effective leaders from the start. Then we have unrealistically high expectations that they will lead us to a better life. Here are five reasons I believe we are setting up our politicians to fail.

To get elected, a candidate needs to be an excellent communicator who can get strangers to buy their message. They also need to win over local party leaders. That requires them to be a loyal strategists and great speakers. Successful candidates must be willing to act as the party wants them to act, network among constituents and inspire others to spread their vision.

If they get into Government, they need a very different set of skills: analytical, negotiation and financial. They must be able to manage budgets and organise groups and often lead portfolios. They need to learn to balance competing interests against each other to get the best deal for their constituents. Plus, they need to walk the fine line and avoid doing anything that will reflect poorly on their position or their party.

A politician can have substance without style, but they’ll never be given a chance if they don’t have that spark. Unfortunately, that eliminates a large chunk of people who may be great at the job, but struggle in the numbers game.

To run for office, you don’t need to pass a job interview with your constituents. You don’t have to prove you have adequate skills, any specific expertise or pass any tests. In fact, the only high marks you need are in social acceptance.

It’s a crazy concept we see the world over. What it means is, a politician in the right party can be given a ministerial portfolio with absolutely zero experience. How is a politician expected to succeed when they know nothing about running organisations, creating budgets and managing people? Then there is the topic of the portfolio. You don’t have to have any knowledge of the environment, education system or defence to be the person in charge of it.

Another reason you won’t find great business leaders jumping ship to get into politics - the money. Political wages are appallingly low compared to the compensation packages offered by top industry.  The Prime Minister manages an economy worth trillions, yet is paid only about half a million dollars. When you consider the responsibilities and stresses, it’s easy to see why leading business executives are not interested.

The general public does not have time to read up on policy or study law. Instead, they rely on politicians to break down extremely complex issues into simple ideas. Thanks to the rise of the 24 hour news cycle, most politicians only get about 10 seconds to make their point. That’s a shame because it’s the people who suffer.

Successful MP’s stick to a few single ideas that encapsulate the point they want to push. Everything else is left out. In the end, no one really understands the complexity of issues that face our nation or the policies designed to fix them.

It is even worse when the media ambushes a member of parliament. The MP is forced to think and react very quickly under pressure.  An ad-hoc answer can be risky and can be taken out of context. That’s why so many politicians memorise stock answers from their daily briefings.

Politicians the world over are in the business of making decisions that improve our lives. They decide where to increase funding, where to cut funding and how to change policy to make our lives better. However to do this, they are faced with conflicting priorities. In these tight fiscal times, where should the money go – education, the environment or health?

Since they rely on their political party to get them into office, politicians are beholden to tow the party line. The decisions they make must take into consideration what the party wants. This makes sense, we want stability in our political system. However, that is not what our system is about. Our system is about voting for a local voice to represent us, not to be just one voice in a political party that is controlled by those that carry the numbers. So our local MP has to make a decision based on their survival, the parties’ survival and what the constituents want. It becomes a battle of choosing what policy fights to pursue and what policy fights to let slide.

It’s no wonder politicians find it difficult to make big changes - they have many interested parties to cater for. As a result, they compromise. They step away from their belief for the greater good – of Australia, their party and themselves. Self-preservation is a natural instinct. You see it all the time when politicians negotiate to weaken policy or try to dilute existing laws to keep everyone happy.

There it is – just five of the many ways we set up politicians to fall short of their goals of affecting change in their community. We can blame the system, and we can blame the media, but we should also blame ourselves.

Our expectations are to high, and our tolerance level is too low. We want the smartest, well spoken candidate with the biggest chances of winning. However, when they are forced to break promises to vote along party lines we shut down, become disengaged and refuse to hear the message that is being put across.

But all hope is not lost. We can get around these problems without overhauling the Australian system of government.

Change How You Vote

The answer is simple - don’t cast your vote based on policy. Cast it based on whom you believe to be the better leader – the better person. The leader who has a vision that you relate to. A vision that sets a path that you want to go down and will turn Australia into the country you want it to be.

Our system is about people – not policy. Policy gets overwhelmed by politics and changes before it ever gets into law; how can you decide what is more important – education, health, defence, broadband, social security or gay marriage? These are all important topics that need strong leadership to make them right. If you vote on policy and agree with one party’s health policy, but don’t like their education policy, what do you do?

We did this in 2004. During the 2004 Howard-Latham election, Latham was well ahead in the polls and was looking like winning. However when he shook hands with John Howard outside a radio studio he nearly head-butted him and knocked him off his feet. That one handshake showed a side of his character that had been hidden. Australia didn’t like it. All of Latham’s policies went out the window, and Howard was returned. That 5-second handshake is said to have cost Latham the 2004 election.

So this 14 September, forgetthe snappy slogans and the well-crafted press conferences. Instead, consider how the candidates carry themselves. Look at how they talk about their vision for the future. Look at how they treat others. That will get us the leaders we need.

For the record, I do not - nor have ever had any affiliation with any political party.

Darren Fleming is the founder of Executive Speaking. He specialises in helping business leaders speak so others listen. He does this through training, coaching, consulting and speaking at your conferences. Visit him at his website, mailto:http://www.executivespeaking.com.au/resources/speaking-under-pressure/LinkedIn and Facebook