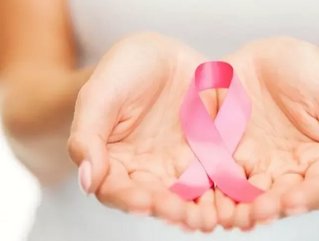 One of the many scary things about breast cancer is that everyone knows someone who has battled it. Raising money for a cure is pivotal, but raising awareness is just as important—especially because the disease affects just as many young people as it does older. In Australia, 800 women under 40 will be diagnosed with breast cancer just this year.

BHP Billiton’s team at Olympic Dam, along with their families, has raised over $12,000for the National Breast Cancer Foundation (NBCF) and Movember, a men’s health movement where men grow facial hair to bring awareness to health issues that affect men—including breast cancer.

Olympic Dam general manager of processing Jen Mackenzie said illnesses such as cancer have a devastating effect on individuals, friends and families.

"Most of us will know of someone in our lives who has been directly impacted," she said. “The team decided that we should all pull together and make as big a contribution that we possibly can which resulted in a large number of people, their families and friends raising money for these worthy causes.

"Through some of the grassroots fundraising efforts, the level of awareness of these diseases has been heightened which will undoubtedly lead to people taking their own health and screening more seriously."

And BHP Billiton isn’t the only company involved: several of the company’s contractors and suppliers contributed. Alliance Airlines, former Australian cricketer Dennis Lillie, Wearx, The Tavern, The Oasis, the Roxby Districts Sporting Club and many others donated to the cause.

"We are incredibly grateful for the level of support and passion that these individuals and teams have demonstrated in their efforts to raise funds," she said. "Every dollar raised helps the National Breast Cancer Foundation move closer towards our goal of zero deaths from breast cancer by 2030."