Australian industry must set an example for sustainability 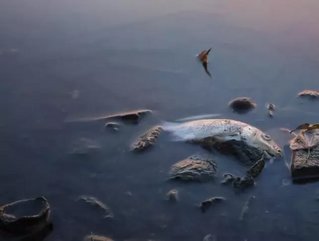 With the building of a sustainable future omnipresent across the world’s media, recent research into issues in Merri Creek are a continuation of a theme. Specifically, the irresponsible disposal, treatment and storage of waste, near the southern Victoria waterway has led to increasing concern.

In late November 2015 an illegally operated wood dump caught fire, with runoff spilling into the local environment and causing damage to ecology as far as 7km downstream. Later, in January 2019 another fire at a tyre recycling facility saw tributaries of Merri Creek flooded. This resulted in the deployment of rapid response work by Melbourne Water, which stemmed the pollution.

Although Merri Creek was not impacted directly by the most recent incident, this did not completely stop the pollution of both air and water around the area, with runoff making its way into the water systems reportedly creating a toxic risk to the community. A risk that the community may have to pay for, as public funding is diverted to remedy these disasters.

The need for Melbourne to address its waste disposal concerns continues to amplify. According to the reports, the recycling industry has failed to regulate itself and it may be time for more serious solutions to be implemented through infrastructure investment.

On a broader level, Australia has committed to the government-run High Level Panel on water; new initiatives were announced in December 2017, when the Water for Women fund opened. AU$110.6mn would be invested by several continental governments, over five years, into sustainable water, gender equality and improvement of health across Austral-Asia. This sees the government making efforts overseas. In New Zealand, research into automated water cleaning is being conducted but these are measures to deal the symptoms rather than the problem itself.

With more than 30% of Australia’s agricultural land is considered severely degraded and salt brought to the top soil through lack of vegetation on intensive irrigation costing Australia industry around $3.5bn a year. The effects of pollution are becoming a wider problem for both business and civilians.

The time for considered action on sustainable initiatives is a rapidly closing window. Both public and private sector organisations need to take responsibility for their processes and the affect that lax waste management can have not only on the business as a whole but on the community it proposes to be a part of.