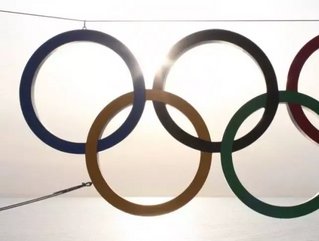 If Brisbane can pull off the G20—the biggest international economic meeting of nations—why not the Olympics? That’s Lord Mayor Graham Quirk’s thinking, and it doesn’t sound like a bad idea to us either.

Although it’s 13 years before the proposed games, Quirk plans to put the bid on the agenda at the next South East Queensland Council of Mayors’ 6 March meeting. Brisbane, the Gold Coast, Ipswich, Logan, the Sunshine Coast, Toowoomba, and five other councils are a part of the SEQ Council of Mayors, and Quirk knows he needs the entire region’s support if it’s going to be successful.

"One of the benefits we have is that we have a body called the Council of Mayors for South East Queensland and we have great cooperation between mayors, and represent one in seven Australians," he said. "Any bid that would be put forward would not just be about Brisbane City alone but one that would incorporate and involve the mayors of south east Queensland."

The proposal already has a supporter: John Coates, a member of the Australian Olympic Committee. Coates has shared that Brisbane is a natural choice to be a host city.

Read related articles from Business Review Australia
G20 Brisbane: 3 Big Decisions Made At Economic Conference
The Future of the NBN in Sydney, Melbourne and Brisbane

"I think that Brisbane would be the obvious choice for the next Australian Olympic bid," Quirk said. "As Australia's new world city, I think we've demonstrated that we are capable of staging a world event—staging it safely, successfully and with attention to detail."

The bid, of course, would not just be handled by Brisbane—any bid would require the financial backing of the state and Commonwealth governments.

"The reality with any Olympic bid is that we would simply be a cooperating partner as a city authority," Quirk said. "The resourcing would come through the federal and state governments."