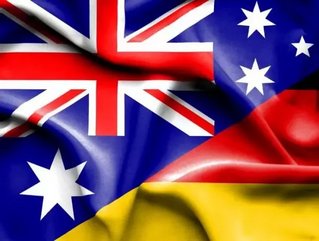 Although Australia exports $3 billion worth of goods every year to Germany, which is the fourth-largest economy in the world, Aussies still export more than that to 16 other countries internationally.

With so much focus on trade with China and other Asian-Pacific countries—and with good reason—Aussies are attempting to strengthen its alliance with Germany as Australia begins to reassess its future during the fall of its mining surge.

Finance Minister Mathias Corman, who is also the chair of the new Australian-Germany Advisory Group, is set to travel to Berlin next month in an effort to improve trade between the two countries. There is a sentiment that Germany can give Australia advice on better ways to do business.

Economic ties with Germany have been limited in recent years, as Australia imports about $12 billion of goods from the Germans each year, which consists mainly of cars, equipment and medical products.

Only a few years ago, Germany was Australia’s 10th-largest merchandise trading partner, as it brought in over $13 billion. However, only about $2 billion of that came from exports, as gold coins made up the majority of the revenue, while other precious metals were valued at $306 million.

Opportunities for Australia-German business will possibly include an increase of educational exchanges, partnerships between Aussie and German companies, along with assisting Australian start-up companies in the scientific and clean-energy industries.

RELATED TOPIC: Is Your Business Ready for Expansion?

With both Australia and Germany being among the world leaders in scientific research, many are excited about what could come from next month’s meeting. What develops there is certainly something worth keeping an eye on in the coming months.

This also coincides with Australia Germany Business Conference, which as was written by Business Review Australia, will be hosted by the German-Australian Chamber of Industry and Commerce on 10 September 2015 at the International Chamber House in Melbourne. The events will examine and discuss ways to improve entrepreneurship and innovation in the current challenging Australian business landscape, while also highlighting new ideas and business models.

The program will feature several high-level guest speakers such as ANCA CEO Grant Anderson, Siemans chairman and CEO Jeff Connolly, in addition to BMWi Germany director of external economic policy Dr. Eckhard Franz, among others. The panel will examine opportunities within the Industry 4.0 framework as well as the advanced manufacturing sector.