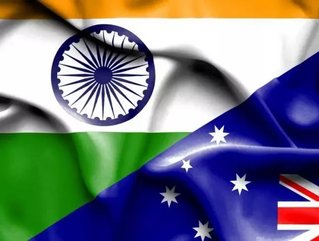 With the Chinese economy and trade slowing down, Aussies have turned to the other Asia-Pacific power—India.

The world’s second-most populated country, India is now being viewed in some Australian circles as the country’s “new China,” in an attempt to become one of its largest trading partners.

And it isn’t just one-sided. India is also showing signs of its willingness to complete negotiations of the Comprehensive Economic Cooperation Agreement (CECA) by the end of this year, which would be a game-changer for trade ties between the two nations.

While Australia certainly benefits from reaching a deal, it could send India’s already strong economy into a stage of even higher growth.

Canberra is attempting to complete a deal with India’s capital territory New Delhi by the end of this year, which is expected to be similar to the China-Australia Free Trade Agreement (ChAFTA) was signed last month.

Although FTA negotiations between Australia and India initially began about seven years ago, the relationship between Tony Abbott and India Prime Minister Narendra Modi has sped up the process considerably. As Business Review Australia previously reported, the two visited each other’s country in November of last year.

India is Australia’s 12th-largest trade partner, as Indian foreign investment into Australia reached nearly $11 billion while Aussie investment in India is at about $9.8 billion.

Trade between the two countries is currently estimated at approximately $15 billion, which is only 10 per cent of Aussies’ trade with China according to data from 2013-14. However, the sense of optimism from Australians is certainly justifiable, as India has the potential to produce massive amounts of revenue.

Services make up about 70 per cent of the Aussie economy, but only 15 per cent of exports, which is an area Prime Trade Minister Andrew Robb said he’s working hard to increase.

Due to a rising middle class, India is now among the world’s fastest-growing service markets. Meanwhile, India’s IT service, pharmaceutical, and farming sectors will reap benefits from a trade agreements, just as Australia’s engineering, health services, construction and agriculture industries.

Increased trade and investment creates more job and fuels growth in the economy. Australia could also provide India more access to mining projects, as it’s the top exporter for coal and iron ore.

In addition, India’s intentions to develop 100 new smart cities and several infrastructure projects would require a large amount of resources. Aussie companies can also share their knowledge of developing infrastructure.

In the end, mutual investment and a boost to each economy will be good for both sides.