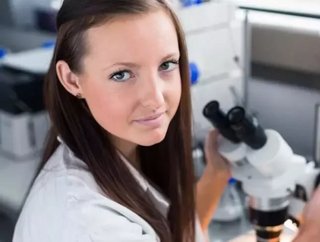 In an effort to continue its collaboration on research and technology, Curtin University and the Indian School of Mines will join forces to create the Australia-India Joint Research Centre for Coal and Energy Technology.

It’s yet another the partnership between the two nations, as Business Review Australia previously reported Australia and India recently opened new facilities at the Indian Institute of Technology Bombay (IITB)-Monash Research Academy in Mumbai. The collaboration intends to strengthen strategic research between the two sides.

This time, the joint research centre will highlight fossil fuel and renewable energy development, with a focus on clean coal technologies. It was created following a statement by Prime Minister Tony Abbott and Indian Prime Minister Narendra Modi last year, which welcomed the idea of exploring opportunities to develop a partnership between the Indian School of Mines and Australian institutions.

“This is a very important step for co-operation in energy technology development between the two countries, especially in light of the urgent global priority to secure cheap energy supply and reduce greenhouse gas emissions,” said Terry.

The research centre is expected to provide joint PhD training, technology development, student and staff exchange, shared use of research facilities, joint research projects and publications as well as workshops and symposiums.

With increased population, the demand for effective coal utilization and efficient utility operations in India will become inevitable, according to the centre’s deputy director Hari Vuthaluru

Meanwhile, Australia recently moved one step closer to reaching a deal to sell uranium to India. An agreement seems more than likely after a Parliamentary Committee supported the deal as long as it fulfills a series of safety recommendations.

RELATED TOPIC: Can uranium provide the next boom for Australia's mining industry?

The deal could increase export revenue by $1.75 billion according to Liberal-National MP Wyatt Roy, and would be particularly advantageous for remote and rural areas. Roy went on to say Australia’s mining industry could double in size if the Australia-India Nuclear Cooperation Agreement moves forward.

“The agreement offers the potential for Australia to become one of the world's leaders in supplying fuel for low carbon emissions electrical power for expanding economies," he said.

As the partnership between India and Australia continues to grow, it provides better and better results for both sides.