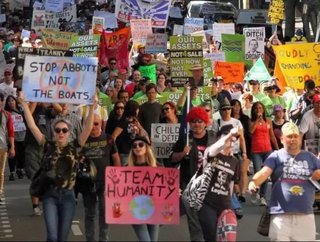 The debate swirls on over Adani’s Carmichael coal mine project in the Galilee Basin.

The mining giant’s $16 billion project in Queensland has faced a swarm of legal action from environmental groups leading the charge of an anti-coal campaign.

But now these conservationist groups won’t be allowed to object these projects in court.

The latest developments came after a Queensland environmental group successfully opposed the mine in federal court that put a stop to the project in central Queensland, which is the largest coal project in Australia.

Now Mackay Conservation Group, Environment Minister Greg Hunt and Adani have each come to a consensus to endorse a plan to overturn the Environment Protection and Biodiversity Conservation Act that allows green groups to mount legal challenges to environmental approvals.

Environmentalists have been able to legally challenge these types of projects since the Howard government introduced it into the act in 1999. Now the proposed changes will restrict legal challenges to be made only by citizens direct affected by a development, particularly land owners.

The decision is backed by the head of the Minerals Council Brendan Pearson, who predicts future investment opportunities will come with much more risk if projects are constantly delayed by a few protest groups.

Earlier this week, Business Review Australia reported Adani received preliminary approval from the Queensland government construct the expansion of Abbot Point terminal. It was the company’s third attempt to construct the new terminal after earlier plans fell through due to a change of state government, public concern and legal challenges.

Local environmental and community group describe the new developments as an “attack on democracy” that will restrict communities’ rights of making sure the nation’s environmental laws are being upheld. The way the law stands now, anyone “adversely affected” by a decision or an inability to make a decision legally has the right to challenge it.

That includes all Aussie citizens and residents who have acted “for protection or conservation of or research into the environment.”

However, Brandis believes the environmental activists aren’t only concerned about the planet, but also have political motivations behind their stance.

“The activists themselves have declared that is their objective: to use the courts not for the proper purpose of resolving a dispute between citizens, but for a collateral political purpose of bringing developments to a standstill, and sacrificing the jobs of tens of thousands of Australians in the process,” he said.

In addition, the National Farmers’ Federation recently questioned the timing of the proposed law change after Hunt was sent legal letters from farmer groups about the $1.2 billion Shenhua Watermark coalmine.