Are You Vaccinated? Australia makes the Choice for You 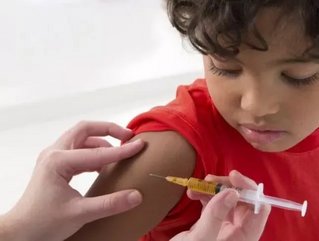 Do you believe in having your children vaccinated? The question may be moot—Prime Minister Tony Abbott is making some changes in Australia, changes that could affect those who currently rely on welfare for assistance.

The Change is Coming

Change is in the air and will officially become effective in 2016. This new policy was announced on Sunday and specifically states that Australian families who are on welfare could see their benefits being cut by $11,000 if they refuse to have their children vaccinated.

As of now, parents who receive welfare assistance can choose to not have their children vaccinated by claiming a “conscientious objection” to child vaccine requirements. However, this will no longer be an option. Of course, if parents don’t want to have their children vaccinated, they can claim a medical or religious exemption; however, the religious group that the family belongs to has to have formally registered an objection to immunizations with the government.

Speaking with a healthcare official, Abbott made the following statement: “The choice made by families not to immunize their children is not supported by public policy or medical research nor should such action be supported by taxpayers in the form of child care payments.”

Since 1999, the number of parents who have declined vaccines for their children has increased nearly tenfold; however, news of this new policy in Australia has recently prompted a petition. By Monday, more than 10,000 people had signed the petition.

In regards to the Disneyland measles outbreak that recently took place, lawmakers in California are considering making a similar rule. If this does happen, then California will be the third state to ban religious vaccine exemptions for school children, following the pattern of West Virginia and Mississippi.