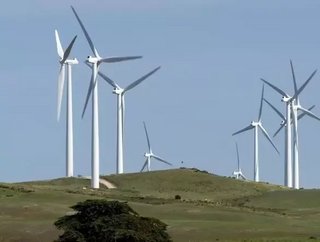 With the government banning its $10 billion renewable energy fund to invest in the industry, Australian wind farming has reached an obstacle it needs to clear.

As the nation seeks a shift away from wind technology to focus more on new emerging technologies, it has become more difficult than ever for wind developers to do business in Australia.

The Clean Energy Finance Corporation (CEFC) was recently terminated by Prime Minister Tony Abbott in an attempt to reduce the pressure on power prices to keep it as low as possible. This also includes solar power technology such as rooftop panels that generate up to 100 kilowatts of power.

The federal fund was initially established by the Australian parliament in 2012.

One-third of CEFC’s current funding previously went to solar projects, most of which were small-scale. Funding for renewable energy in Australia was struggling to meet its commercial needs, leading to the majority of Aussie technology going to China, Spain and the U.S.

Although wind turbines provide a clean, effective way to produce power, some of the drawbacks include loud noise, possible threat to wildlife and unpredictability of when and where large amounts of wind will strike.

“This is a country which supports renewable, but obviously we want to support renewable at the same time as reducing the upward pressure on power prices,” said Abbott. “We want to keep power prices as low as possible and consistent with a strong renewables sector.”

The senate already voted against government legislation to put an end to the CEFC on two separate occasions, as many believe it will put thousands of Australian jobs and billions of dollars of investment at risk only to ensure the viability of the coal and gas sectors.

Initially, the CEFC’s plan was to help Australia create an economy less reliant on carbon and assist renewable energy projects with its finances in order to create more jobs in the country. With about 18,000 Aussies employed in the solar industry, the loss of funding is expected to have an impact on the jobs the country is currently looking at other ways to create.

Although some agree with the need to crackdown on wind power, many still support the idea.

According to the Clean Energy Council, Australia’s wind farms produced over 30 per cent of the nation’s clean energy in 2014. Australia had 1866 wind turbines spread out across 71 wind farms at the end of 2014, as wind power created 4.2 per cent of the country’s electricity.

RELATED TOPIC: How bright is the future of solar power in Australia?

The Clean Energy Council also revealed over 15,000 Aussie businesses have solar power systems that combine to save more than $64 million in electricity. Small-scale solar is also very popular, as an estimated 87 per cent of Australians are in favour of rooftop solar.

With so much money and so many jobs tied to wind energy, it appears Australia is one of the few nations around the world that isn’t fully embracing the opportunity.