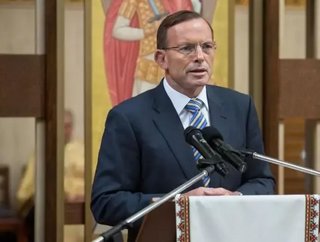 Business Review Australia previously reported the Carmichael project has taken a hit due to increased curbing around the Great Barrier Reef, while our sister site Mining Global wrote the company put a stop to its engineering work on the project.

According to Abbott, the Adani group has already invested nearly $3 billion in Australia in preparation for the project that is expected to create 10,000 jobs in Queensland and other parts of Australia. He also believes coal produced by Adani would support 100 million Aussie,s and that once projects such as this are fully compliant with high environmental standards, they should be allowed to proceed.

“This is a very important project, not just for Australia, but for the wider world,” said Abbott, “and if we get to the stage where the rules are such that projects like this can be endlessly frustrated, that’s dangerous for the country and it’s tragic for the wider world.”

Abbott insists the mine would have a very positive impact in India, where Adani is headquartered and many people live without electricity.

However, the 10,000 jobs the project is expected to create have been questioned by those opposed to it who believed the India-based company is overstating its numbers.

While Abbott continues to support the coal industry, the Mackay Conservation Group, which initiated the legal challenge against the proposed coal mine, said it appears as if the government believes it is above the law.

Federal Environment Minister Greg Hunt also denies the thought that overturning the mine’s approval is a big problem. Meanwhile, businessman and president of the Australian Conservation Foundation Geoff Cousins said Abbott’s support for the proposed coal mine was misguided.

Previous reports have stated that the location of the Carmichael coal mine is neither environmentally or economically sustainable. The project has battled lots of criticism from environmentalists and Indigenous landholders since its inception, while heightened pressure and lawsuits to protect the Great Barrier Reef off the Queensland coast has caused massive roadblocks.

Now the coal mine, which would be the largest in Australia, faces a state of legal uncertainty despite support from Abbott.